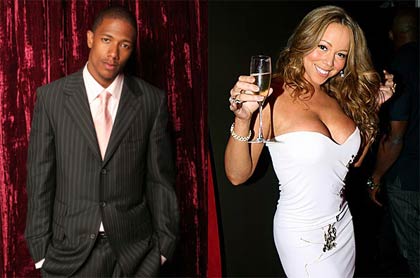 “Access Hollywood” is reporting that Mariah Carey is engaged to Nick Cannon. A source close to Mariah confirmed the news.

Mariah, 38, was seen with Nick sporting a ring on her finger at the after party for her new film Tennessee in New York.

When asked what he loved about Mariah, Nick, 27, said, “Everything.”

Wow! Nick gets all the good ones…Christina Milian, Selita Ebanks, and now MC. Congrats to the couple!