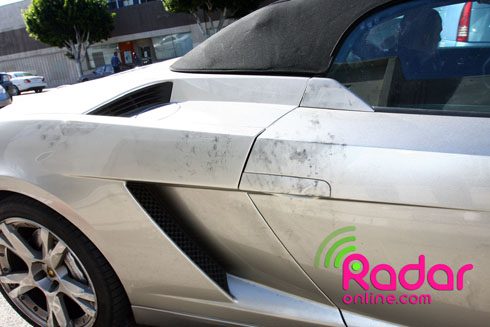 RadarOnline.com has obtained exclusive photos of Chris Brown’s leased Lamborghini where he allegedly attacked Rihanna on the morning of Feb. 8.

According to the site, Rihanna’s blood was found in the car. The photos were taken after police had collected evidence from the crime scene. They show blood near the handbrake, broken plastic that may have been snapped during the altercation, and fingerprints on the center console indicating that the Barbados singer resisted being pulled toward the driver’s side.

Notice the Juicy Fruit wrappers, meaning Brown was being loyal to Wrigley, the gum company that was endorsing him before they dropped his deal.