Review Roundup: Whitney Houston - 'I Look to You' 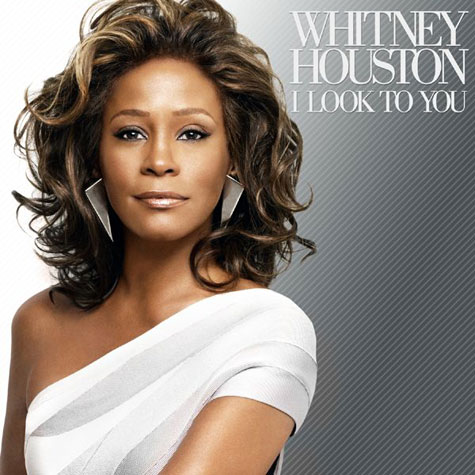 Whitney Houston’s first album in seven years, I Look to You, arrives on Monday. Has the comeback queen recaptured her glory days? Find out below.

Rolling Stone: [I Look to You] is a modern soul record, a collection of sleek, often spunky, love songs that aim at something more immediate and tangible than nostalgia or catharsis: Houston wants back in the diva stakes. 3.5 out of 5

Entertainment Weekly: I Look to You, Whitney Houston’s first album in seven years, doesn’t pretend to offer the unblemished 21-year-old we met on her smash 1985 debut, but it never truly lets listeners inside the heart and head of the woman she is today. B-

The New York Times: I Look to You, with Ms. Houston’s longtime mentor Clive Davis as her co-producer, is more subdued, canny, and cautious. She’s tentatively climbing back into the pop machinery, no longer invincible but showing a diva’s determination.

Los Angeles Times: The best giant ballad is the Warren-penned, David Foster-produced “I Didn’t Know My Own Strength,” an exhibition of battle scars that’s richer for the weary, injury-protecting quality of Houston’s vocal. If she does earn the Grammy she’s virtually been promised for a song from this set, it should be for this one. 3 out of 5

USA Today: Returning to her classic sound, Houston should have no trouble reconnecting with those longtime fans who will always love her. Whether her more contemporary collaborators can help her engage a new generation of fans and radio programmers remains to be seen. 3.5 out of 4

Newsday: “Salute” is what Houston sounds like when she’s connected to a song and firing on all cylinders. It’s imaginative and dramatic and, yeah, it has an air of invincibility. It’s also the kind of song that her true “comeback” album will be built around. I Look to You isn’t it.

Chicago Tribune: Despite the machinations of top-tier producers and songwriters such as R. Kelly, Diane Warren, Akon, Stargate, and David Foster, nothing else feels quite as elegantly ebullient. Nor does she ever cut loose; at times it feels as though Houston is just a pretty ornament on her producers’ tracks. 2 out of 4

Boston Herald: In the end, Houston’s sixth album is as much about forward strides as limitations. While it unites a collection of power players to breathe new life into her career—and proves that Houston is still capable of having a career—many of the songs shun urgency and power in favor of safety. B

Chicago Sun-Times: The first thing that strikes you when listening to I Look to You is that despite all of those stylistically diverse egos in the kitchen, I Look to You doesn’t sound overcooked at all: The sound throughout is clean, modern, unfettered and consistently designed to keep the focus on Houston’s singing, whether it’s on the moderately bouncing club tracks or the requisite ballads.
3 out of 4