Jeremih Returns with Sophomore Album, 'All About You' 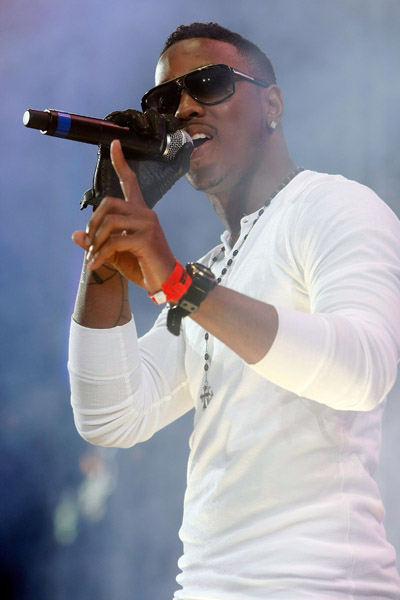 R&B crooner Jeremih is gearing up for the release of his second album, All About You, next month. The Chicago native—known for his celebrated anthem “Birthday Sex”—is sticking to the formula he used to create his first effort by teaming up with producer Mick Shultz, once again.

While working on All About You, which was produced entirely by Shultz, Jeremih explains the duo’s dynamic changed. “It was different,” he tells staging-rapup.kinsta.cloud. “I feel like we have a great chemistry when we’re in the studio. We actually knew that we had a job to do now that I am a signed artist. I felt like the first time we met, we were just writing records and just coming up with music, not that it wasn’t so fun anymore, but not with the mind set that I am an artist and this is going to be all me, and [that] I have to have a point to prove here.”

Together, Jeremih and the beatmaker crafted songs like his new single “I Like” featuring Ludacris and “Take Off.” “Most women express their feelings on what they feel they should do because usually a guy ends up supposedly hurting them,” Jeremih says about “Take Off.” “But on this record, I feel like I wanted to express a story which I [experienced] myself. Dealing with a woman and all of their endeavors, sometimes, they wear and tear on you… It’s basically saying sometimes you just got to take off.”

While that song will resemble Usher’s Confessions, Jeremih admits another track, titled “Sleepers,” will live up to the reputation he’s built to create tunes full of sexually-charged lyrics. “You have a love song; you have a baby-making song,” he continues. “But I think this one covers all of that. It was so easy writing it. The lyrics on the hook are, ‘I hope you’re not a sleeper.’ [It’s] basically saying that I will keep you up all night, [but at the same time] it’s not saying that. There’s a whole bunch of metaphors and innuendos in which I use to express that. It’s basically saying, ‘How much can a sleeper dream through?'”

All About You will be released on September 28 via Def Jam.