Rihanna and Drake to Perform at Grammys, Nicki Minaj to Present 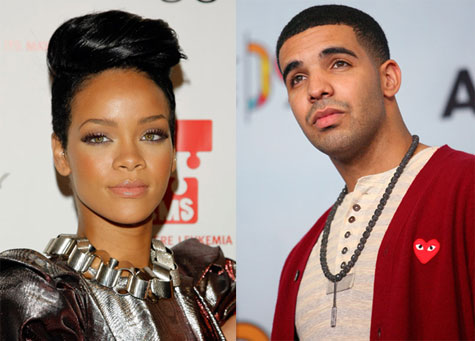 The 53rd Annual Grammy Awards have nabbed some dynamic duos. The latest batch of performers added to this year’s lineup include the pairing of Drake and Rihanna, as well as Cee Lo Green and Gwyneth Paltrow teaming up with some special friends.

RiRi and Drizzy, who have four nominations apiece, will most likely perform a rendition of their collaboration “What’s My Name?,” which peaked at the top of the Billboard Hot 100. It will mark their first live performance together.

Four-time nominee Cee Lo has a few tricks up his sleeve for his performance as well. Not only will he duet with Oscar-winning actress Paltrow, but the duo will also be accompanied by the Jim Henson Company Puppets. While unconfirmed, the motley crew could deliver a must-see moment by performing the Grammy-nominated smash “F**k You.”

Nicki Minaj will join Drake in repping for Young Money, as she makes her first appearance as a presenter, nominated with Ludacris for Best Rap Performance by a Duo or Group. LL Cool J, Dierks Bentley, Norah Jones, Selena Gomez, and Blake Shelton round out the list of newly-announced presenters.

Previous performers for music’s biggest night include Eminem, Lady Gaga, Arcade Fire, Justin Bieber with Usher and Jaden Smith, and the combination of B.o.B, Bruno Mars, and Janelle Monáe. The show will be broadcast live on CBS from Los Angeles’ Staples Center on February 13 at 8 p.m. EST.