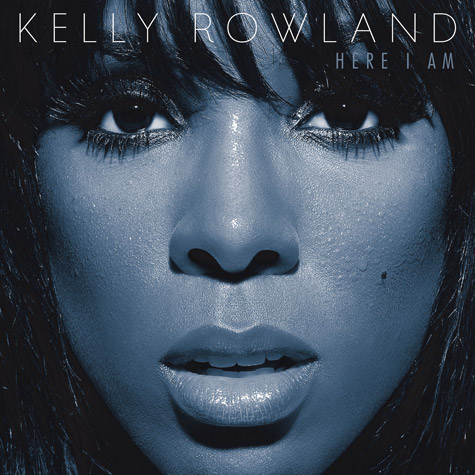 Kelly Rowland forges her own path with her third solo album Here I Am, hitting stores today. The Destiny’s Child diva calls upon hitmakers Rico Love, Tricky Stewart, Jim Jonsin, Rodney Jerkins, and RedOne, as well as Big Sean (“Lay It on Me”) and Lil Wayne (“Motivation”) for the collection of R&B-dance tracks. Did Kelly sing her way into the good graces of her critics? Find out below.

Entertainment Weekly: Her third solo album, Here I Am, proves that Ms. Rowland is doing just fine on her own, thank you; it’s a solid if unambitious set of medium-hot finger snappers highlighted by the lusciously slinky top 20 hit “Motivation” and the robo-groove of “I’m Dat Chick,” on which she brags, “Yeah, I be the one that they love to mention.” If she learns to take a few more risks, that may just end up being true. B

USA Today: As it turns out, Here I Am is something both safer and cannier than that. Capitalizing on her successful collaboration with producer/DJ David Guetta—with whom she teamed two years ago on the international dance hit “When Love Takes Over”—Rowland emphasizes electro-savvy grooves and sleekly sensual production over introspection or chutzpah. 2.5/4

The New York Times: But Here I Am is something much more confident and more surprising. It’s a chewy and moody R&B album on which Ms. Rowland sounds assured and vital. Or, at minimum, is made to sound that way.

Los Angeles Times: She does herself no favors by choosing consistently bland material, and her third album does nothing to dispel the sense that Rowland should be more selective. There’s a deflated, defensive quality to Here I Am, starting with the lead track, “I’m Dat Chick.” 1/4

The Washington Post: Her third solo album, the perfectly likable, club-centric R&B outing Here I Am, won’t convince anyone that Rowland has a personality, but luckily for her, she no longer needs one: Call it the Attack of the Rihanna Clones, but these days killer beats and a flat affect trump all. Rowland, free of the need to actually be interesting, makes the most of it.

The Boston Globe: Since Rowland is trying to define her singularity here, it probably would have been wiser to move away from a rote ballad like “Keep It Between Us” and some diagramed arrangements that feature hot MCs like Big Sean or Lil Playy putting punctuations on lyrics. They sound like new iterations of the formula set out for many other female pop and R&B artists.

San Francisco Chronicle: It’s no surprise to find that her third solo album is an unremarkable, pedestrian pastiche of current R&B radio, jumping from unconvincing self-affirmation anthems (“I’m Dat Chick”) to hopelessly submissive hip-hop cuts (“Lay It on Me”). The material exhibits none of the depth or silky sheen of her former outfit or its breakout leader, but instead settles for something a little more crass that not even the outstanding “Motivation,” the hit collaboration with Lil Wayne, can repair. 1/4