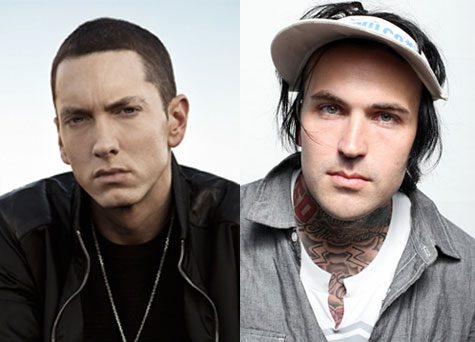 The Alabama rapper’s major label debut Radioactive is due October 25 via Ghet-O-Vision/Shady Records/DGC/Interscope, featuring the Lil Jon-assisted single “Hard White (Up in the Club)” produced by Hydrox.

“We are very eager for the world to hear Radioactive and proud to be presenting the album on Shady Records,” said Eminem. “Yelawolf is a true original and he has crafted an incredible record.”

The album boasts production from Diplo, The Audibles, SupahotBeats, and J.U.S.T.I.C.E. League. “Radioactive is the fallout of my life’s inspirations, a testament to my ability to survive it all and to tell the story,” explained Yelawolf. “Sometimes I want to party, sometimes I want to fight, and sometimes I want to cry. I’m human and this album is as honest as it gets.”