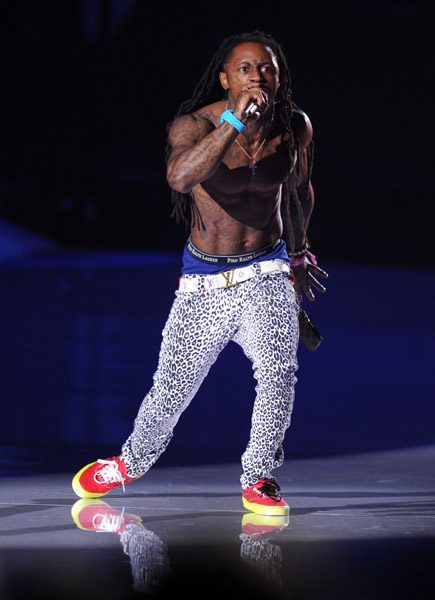 Lil Wayne closed the 2011 MTV Video Music Awards by rocking out. The rapper, who is releasing his new album Tha Carter IV at midnight, gave a sensitive rendition of “How to Love” before stripping off his shirt and cranking up the energy with “John.” He slapped skin with DJ Khaled and Rick Ross before strapping on an electric guitar and smashing it in defiance.