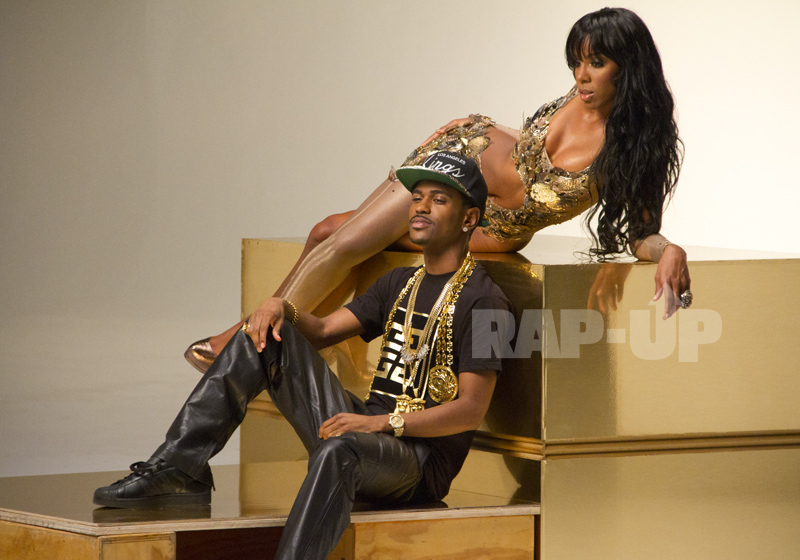 What do Big Sean, half-naked men, and an elephant have in common? They all appear in Kelly Rowland’s visually-stimulating video for “Lay It on Me,” the second single off her third album Here I Am. staging-rapup.kinsta.cloud was on the Los Angeles set and has your exclusive first look!

In the Sarah Chatfield-directed clip (“Motivation”), the 30-year-old diva donned several sexy wardrobe changes including a gold catsuit and latex number. She showed off her curves by lying on a gold platform and flirting with her co-star Sean, who was draped in gold jewelry and an L.A. Kings snapback.

The gorgeous singer commanded her shirtless male dancers to get on all fours while she rested on their backs. Dressed in a skin-baring leotard and metallic bra, the R&B superwoman whipped her long hair around while holding a foil cape in another scene.

But the biggest cameo of the day was not a celebrity. Suzy the elephant shared screen time with Kelly, who appeared nervous at first, but quickly warmed up to the gentle giant. She performed choreographed moves by Frank Gatson Jr. alongside Suzy, who playfully wrapped her trunk around her new pal. Her only diva demand: cookies.