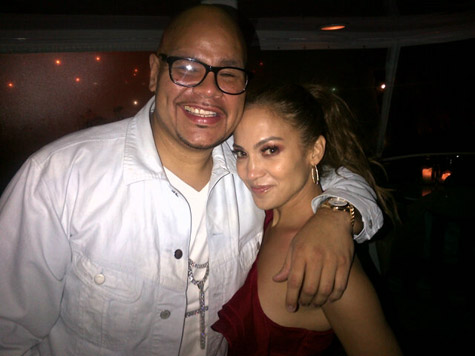 When it comes to Jennifer Lopez, there’s one question that longtime friend and collaborator Fat Joe gets all the time.

People always be like, “Yo, what that ass look like?,” the “Lean Back” rapper told staging-rapup.kinsta.cloud. “I’m like, ‘My man, I can’t look at her. I’d be embarrassed to be looking.'” But when the newly single J.Lo brought out Joe during a show at Connecticut’s Mohegan Sun over the weekend, even he admitted to finally copping a quick peek.

“Honestly, I’ve never looked at J.Lo’s ass,” said Joey Crack, who will release his mixtape The Darkside, Vol. 2 on Halloween. “Never. It would be disrespectful for her to look at me like a brother figure and then when she turns around, I’m staring at her ass. But the other night, I’m watching the performance and she’s wearing some beige shit and I couldn’t avoid it. It was right there. [Laughs] So I finally seen it. I told her about it too and was like, ‘Yo, listen, that beige suit? I’ve always been the brother, but your ass was there, like…’ She started laughing.”

Lopez performed as part of Mohegan Sun’s 15th anniversary concert, which saw the singer bring Joe onstage to perform “Feelin’ So Good” off her 1999 debut On the 6. “It’s always a great thing to perform with her,” shared Joe. “She don’t do too many shows and she called me up and was like, ‘Could you please come out with me?’ I have major love for her and a lot of respect because I happen to know where she comes from and how hard it was to make it out of the Bronx, let alone make it to an iconic status. I respect everything about the lady.”

While the two performers have no new tracks in the works, Joe said the door is always open for future collaborations.