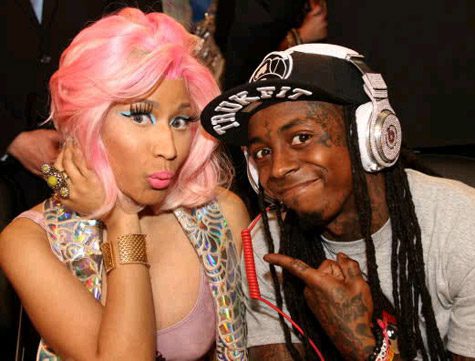 Nicki Minaj is expanding her empire with a fragrance and clothing line, which have both received support from her Young Money brothers Drake and Lil Wayne. But when it comes to competing, Nicki is ready to give Weezy a run for his money.

Fresh off her appearance in the adidas Originals campaign, the “Starships” rapper is gearing up for the release of her first fragrance this September. It has already received Drake’s stamp of approval. “I sprayed it for Drake and he was like, ‘Yeah, I’d like it if my girl smelled like that,'” she told Rolling Stone. “So I’ve been getting a lot of opinions on it. The guys seem to like it and the girls are gonna love it.”

She is also working on a clothing line, which will launch next year. “It’ll be Harajuku Barbie, put it that way,” she explained. “I think it’ll kinda have both those alter egos somewhere in there.”

While the collection will consist mostly of clothing for her female fans, she didn’t want to exclude her Ken Barbz. “My boys, like the gay boys, are like, ‘Nicki, please do not exclude us from this clothing line,’ so I’m going to make it my business to have stuff that my boys can wear as well,” she said. “We’ll see how it starts but I don’t want to leave my boys out. They’re too precious and they’re always so supportive, so I’m going to do my best to include the boys and the girls on this one.”

She is ready for some friendly competition with her mentor Lil Wayne, who has his own skate apparel line TRUKFIT. “The other day, me and Wayne were bashing each other. He was telling me that my clothing line better not copy off of his clothing line. And I was like, ‘Excuse me?’ And he was just like bragging about his clothing line is at Macy’s and we were just cracking up laughing.

“It’s like, I’m so super proud of this man. I feel like there’s nothing he can’t do. Everything he does, he wins at it. His clothing line—my guy friends, you know, are already rocking TRUKFIT. It’s interesting because things really happen overnight nowadays but, best believe, when my clothing line comes, I’m going to blow him out the park and he’s probably going to be coming asking me for a job.”

Nicki even has the footage to prove it. “I got this on tape!” she exclaimed. “The Barbz will be able to see the full, full Nicki Minaj vs. Lil Wayne clothing line clash convo on tape for them to witness. It’s gonna be really, really fun.”