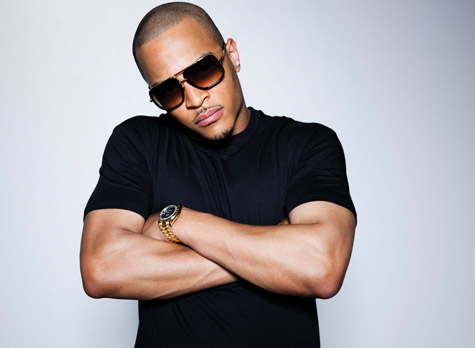 Since his release drom prison last year, T.I. has been making up for lost time. He’s appeared on remixes for everyone from Jay-Z and Kanye West (“Ni**as in Paris”) to Ke$ha (“Sleazy”) and recorded a whopping 86 tracks for his eighth album Trouble Man, which has been delayed from September.

In between promoting Starz’ political drama series “Boss” and the second season of VH1’s “T.I. & Tiny: The Family Hustle,” the King of the South phoned into staging-rapup.kinsta.cloud to share some of the collaborations on his star-studded set including André 3000, Lil Wayne, R. Kelly, A$AP Rocky, and Cee Lo Green.

“I think it’s a lot more urban than Paper Trail, and less apologetic than No Mercy,” said Tip of the follow-up to his 2010 album, which will include production from Pharrell, No I.D., DJ Toomp, T-Minus, and Rico Love. “I think it’s more diversified than T.I. vs. T.I.P. though. It’s got a lotta heart, it’s got a lotta edge. It’s a creative album. It’s probably harder than most of the shit that’s coming out right now.”

In our exclusive interview, the Atlanta rapper also provides an update on his collaborative album with B.o.B, The Man and the Martian, and shares his respect for newcomer A$AP Rocky. Plus, whatever happened to that Lady Gaga collaboration? Tip tells all.

Does Trouble Man have a release date?
I don’t have a specific release date as of yet simply because I’m taking the necessary time to perfect what we already have. I think that there’s an opportunity to deliver a masterpiece and I don’t want to confine that and restrict that process with a deadline. Right now we’re challenging the 86 [records] that we already have and trying to perfect this body of work, and making sure we give the people the best possible project we can give them.

Will the album drop this year?
I’m doing the best that I can to try and make that happen. I don’t wanna restrict the process and confine myself to a deadline and compromise my benefit to deliver the best possible project that I can. But I think it’s a possibility. 60/40. 60-70% that it will come out this year.

How did you and Weezy come together for that?
Me and Rico recorded the record and we reached out. Grand Hustle and YMCMB, we have an incredible working relationship, a huge amount of mutual respect for one another within the camps, so we reached out to him and he sent it back ASAP.

What can you tell us about the R. Kelly collabo?
There are two title tracks to this project and R. Kelly is on one of them. This record [“Trouble Man”] is basically asking a woman if she can learn to love a trouble man. I’m describing my life and the excitement that comes with it and the challenges that come with it as well, and asking a woman if she can deal with that, if she can take the bad with the good. It’s speaking to women in a way they ain’t been spoken to in a while.

Who is on the other “Trouble Man”?
Just me. It’s lookin’ like that’s gonna be the intro.

You’ve also got A$AP Rocky on the album.
That record is called “Wildside.” No I.D. did it and I’m basically just narrating my childhood and what I come from and giving people some insight into why I am the way I am and why some of the things that happen to me only happen to me and they wouldn’t happen to anyone else ’cause they’re specific in my upbringing. A lot of motherfu**ers just see the outcome and see the things that I go through. They see the effect, but I’m narrating the cause a little bit for ’em.

What do you think of A$AP’s movement?
I think he’s dope. I think he’s very creative. I think he’s got an enormous amount of potential and opportunity. His next couple moves are going to determine the level of success of his debut.

André 3000 also makes an appearance on the album…
The André 3000 record is entitled “Sorry” [produced by Jazze Pha]. It’s just more narration of life and the reasons why I should not be sorry for anything that I’ve endured, for anything that I’ve gone through, and the reason why I don’t owe motherfu**ers any apologies. I’ve come all this way from zero. I ain’t got no reason to say sorry to anybody. It’s probably one of the most creative records I’ve done in a long time.

You mentioned Cee Lo Green as well.
Yeah, me and Cee Lo did a record that Pharrell produced. It’s called “Hello.” Basically we ridin’ off into the sunset. We’re headed to where the winners gather and saying hello and goodbye at the same time to the losers.

How’s your joint album with B.o.B coming along?
We were just in the studio last night. We just continue to bang records out. The timeline on it is probably gonna be the most complicated aspect of it. Making the music is easy. It’s just the timeline of when it will be released.

Are we ever going to hear your collaboration with Lady Gaga, “Lick It”?
[Laughs] I don’t think it’s for this project. It ain’t really in that direction. The direction of [Trouble Man] is so different from that. It won’t be on this album.