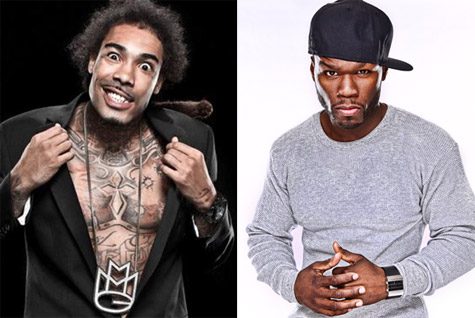 Gunplay hates 50 Cent and he’s letting the world know that he tried to beat up the G-Unit honcho at the BET Hip Hop Awards over the weekend. The Triple C’s member called into “TMZ Live” today and recounted details of the fight that eventually got him maced in Atlanta.

The Maybach Music Group affiliate claims that he was involved in a five-against-one skirmish with several members of G-Unit, but insists that he did not fire any shots.

“I don’t know about shots fired… All I know is I had to fight off five dudes,” said Gunplay, who “kicked them off in the dirt” and was then calmed down by police with mace.

He maintains the brawl had nothing to do with the Rick Ross and Young Jeezy fight that occurred backstage, but adds, “We just goin’ at it with everybody… Let’s go kill ’em all.”

When asked what was the specific catalyst for the violence, Gunplay responded, “You got a bunch of motherfu**ers in the place with a lot of money and a lot of egos,” and revealed his own beef with 50 Cent. The MMG newcomer shared that he “never liked [50 Cent]” and that the awards provided him an opportunity to get close and try to “break his fu**ing neck.”

Like his violent name suggests, Gunplay does not back down from a fight. He warned those who try to test him. “You might get gunned down, you never know!”