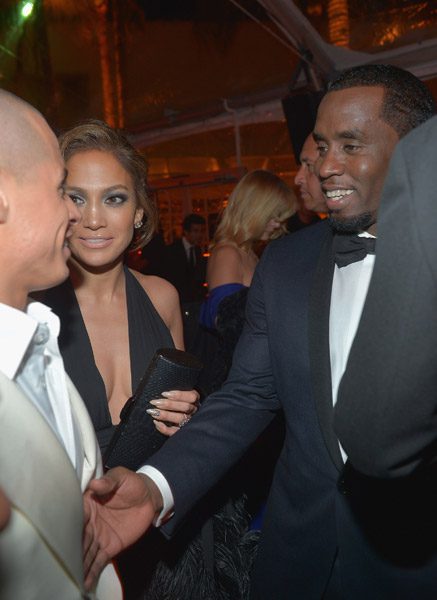 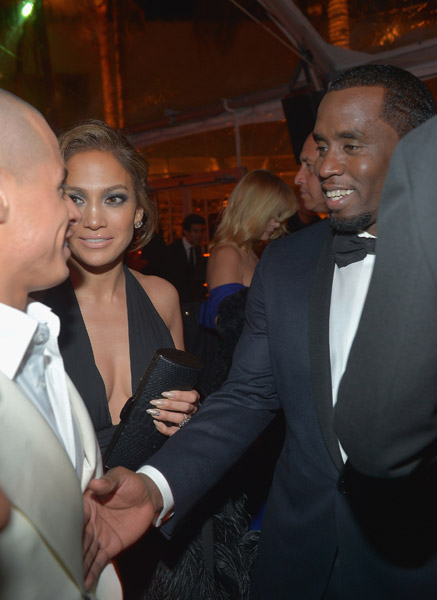 After the show, it’s the after party. Following Sunday’s Golden Globe Awards, musicians, actors, and athletes met up on the party circuit.

A dapper Diddy left his girl Cassie back home and ran into his ex-girlfriend Jennifer Lopez and her new boyfriend Casper Smart at The Weinstein Company’s celebration at the Beverly Hilton.

Meanwhile, 50 Cent put on his suit and tie and made his way from the NBC Universal bash to HBO’s soirée to Fox’s event, where he posed with “Modern Family” star Ariel Winter.

Check out more pics from Hollywood’s big night below.