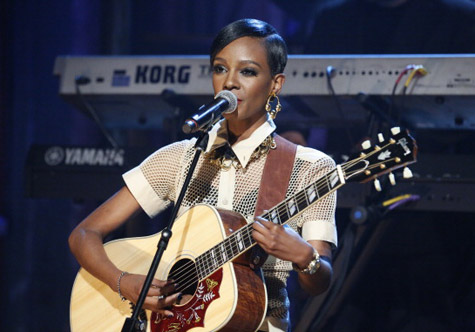 Wale has been scoring major points with the ladies with his Gifted single “Bad.” The song has been rising up the charts, thanks in part to Tiara Thomas. The Indiana singer/songwriter/guitarist recorded a solo version, which was actually the original before Wale made it his single.

“It’s like a girl anthem and that’s what I like so much about it,” the 23-year-old told Billboard. “You wouldn’t think that he would do that—a rapper puts out a girl anthem. But it’s true and it’s real. I think that’s why people connect with it.”

Expect to hear more from the talented Tiara. Her debut Sallie Mae, a collection of genre-bending R&B and pop songs, is set for release later this year.