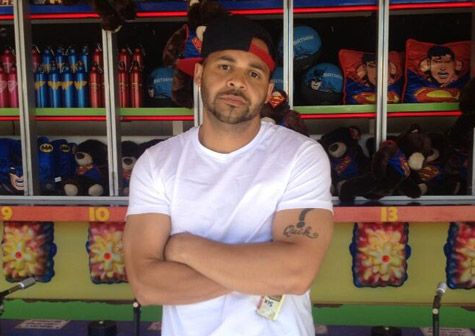 Kendrick Lamar has lit a fire in his fellow MCs. Joell Ortiz is the first to respond following K-Dot’s vicious verse on Big Sean’s “Control.” The Brooklyn-bred Slaughterhouse rapper barks back at the Compton MC for declaring himself the “king of New York” and not including him on his list of MCs.

“Little homie, you ain’t the king of New York/ You the next thing on my fork,” raps a heated Joell. “When we met you, you said, ‘It’s an honor man, the Yaowa can spit’/ Maybe that’s why you left me out of that shit/ Maybe that’s why the Slaughterhouse ain’t get dissed/ Or maybe I’m not on your radar/ You feel you ain’t gotta acknowledge my clique.”

Should Kendrick be scared? Listen to the first of what is likely many scathing responses to come.