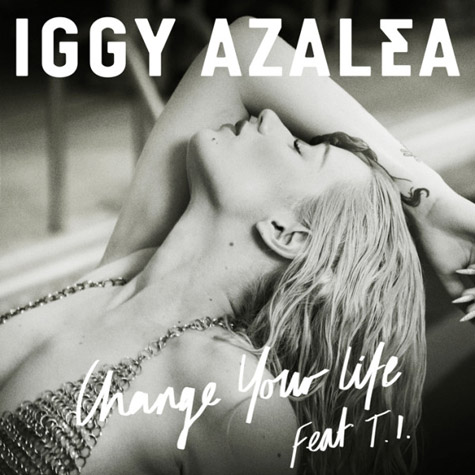 Iggy Azalea strikes a dramatic pose on the cover of “Change Your Life.” The blonde beauty revealed the black-and-white cover on Twitter. The song features her Hustle Gang mentor T.I. and is slated to the next single off her upcoming debut following “Work” and “Bounce.”

A video was shot in Las Vegas and is set to premiere this month. “It’s a big record,” Iggy told Rap-Up TV. “I think it will be good to have T.I. on that single and just show that we’re together, we’re still family.”

She recently wrapped her album The New Classic and will hit the road with Beyoncé on the Australian leg of her tour this October.

What do you think of Iggy’s artwork?