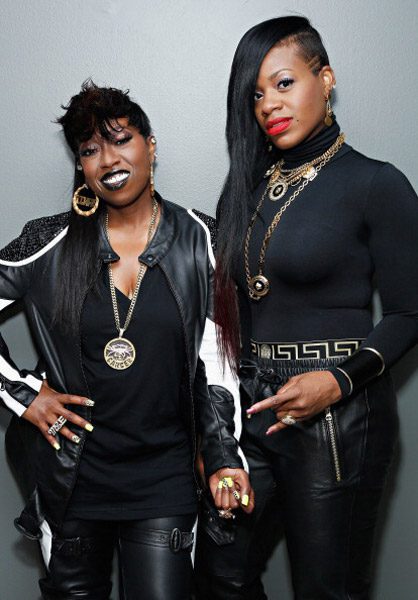 Fantasia and Missy Elliott Perform 'Without Me' on '106 & Park' Fantasia graced the stage with hip-hop icon Missy Elliott during her performance on “106 & Park” on Wednesday. Dressed in all black, the ladies shut it down with a powerful performance of their ladies’ anthem “Without Me” off Fantasia’s album Side Effects of You.

The “American Idol” champ explained the inspiration behind the record. “When I recorded ‘Without Me,’ I was feeling some type of way,” Tasia told Bow Wow and Angela Simmons. “I got a little phone call and I remember going back into the studio like, ‘Yo, I need a record that’s gonna give me some club feel. I want to go a little hood, I want to get a little ratchet.'”

Fantasia has co-written a song for Lee Daniels’ The Butler soundtrack. “I just put my all into it, gave it some Baptist Church good feel,” she said.

According to the Los Angeles Times, Missy will perform during the first U.S. taping of K-Pop countdown show “M Countdown” on Aug. 25 as part of KCON 2013, a two-day fan convention at L.A. Memorial Sports Arena.

Watch Tasia and Missy perform their collaboration for the first time on television.