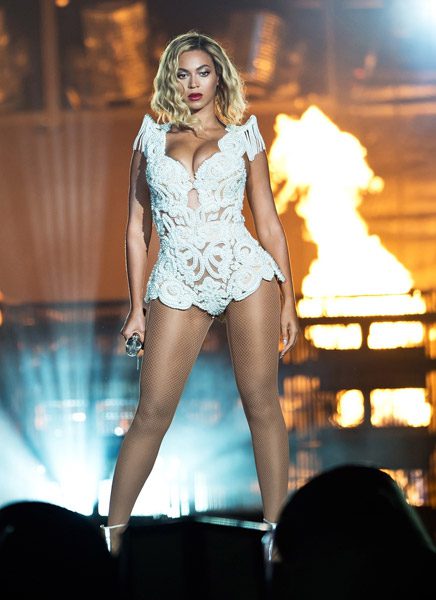 The second annual Budweiser Made in America festival rolled into Philadelphia over Labor Day weekend. A diverse lineup of hip-hop, rock, EDM, and R&B acts took the stage on the first day including Public Enemy, A$AP Rocky, 2 Chainz, Emeli Sandé, Phoenix, and Beyoncé.

The A$AP Mob leader invaded the stage 30 minutes late. “Pardon my tardiness,” he said to some not-so-pleased fans, who quickly forgot about his lateness.

“It’s time to turn the fuck up,” he declared before performing his hits “Fuckin’ Problems” and “Wild for the Night.”

2 Chainz sailed into the festival with his B.O.A.T.S. catalog and performed “Netflix,” his collaboration with Fergie, for the first time.

Public Enemy took hip-hop fans back with their classics during their hour-long set. Chuck D and Flavor Flav pledged to donate $10,000 to aid Philadelphia’s school system, challenging Beyoncé to either match or surpass their contribution.

Queen Bey closed out Saturday’s lineup, bringing her “Mrs. Carter Show World Tour” to Benjamin Franklin Parkway. She opened her 90-minute set with “Run the World (Girls)” and had the 60,000 strong singing along to “Irreplaceable” and “Party.”

Festival curator Jay Z did not perform, but he was seen smoking a cigar and passing out bottles of Ace of Spades during Deadmau5’s set.

Solange kept the crowd moving into the early AM by performing at the after-party.

Made in America continues on Sunday with performances from Kendrick Lamar, Wiz Khalifa, Miguel, and Nine Inch Nails.