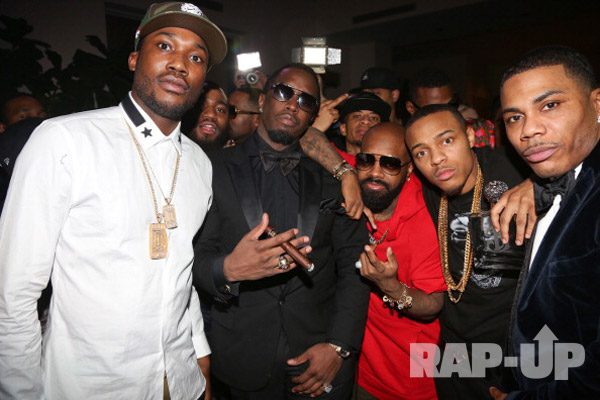 Meek Mill took his partying to the next level. Following Sunday’s Grammys, the MMG rapper hosted the craziest event of Grammy weekend—complete with a superstar guest list and even wild animals. Drake, Trey Songz, Keyshia Cole, and Kevin Hart were shuttled to a mansion in the Hollywood Hills, where they partied with pals including Diddy, Rick Ross, Wale, and Nelly.

Camels and lions roamed the property while guests sipped Ace of Spades and DJ Mustard provided the evening’s soundtrack.

The party, which reportedly cost $200,000, went until 5 a.m. before the cops shut it down. Hundreds of guests were left stranded after their cars were towed for being illegally parked.

Check out pics from the wild night below.