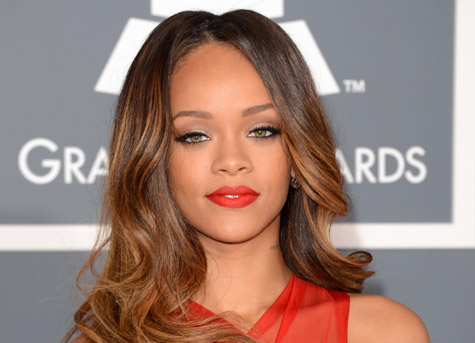 Rihanna is plotting her next blockbuster. The pop superstar will create a concept album based on the animated film Home.

DreamWorks Animation chief Jeffrey Katzenberg announced the news during the company’s earnings conference on Tuesday, reports Variety. She will also perform new songs in the movie.

Home, formerly known as Happy Smekday!, is based on Adam Rex’s award-winning book The True Meaning of Smekday. Rihanna will play one of the lead characters opposite “Big Bang Theory” star Jim Parsons. Jennifer Lopez and Steve Martin also lend their voices.

In the film, friendly aliens invade Earth to escape their mortal enemy. When one of their own accidentally reveals their whereabouts, he has to flee with a teenage girl, taking a road trip across a postapocalyptic America. Along the way, he learns what it means to be human.

Directed by Tim Johnson (Antz, Over the Hedge), Home will hit theaters on November 26.

In August, she will join Eminem for a three-city stadium tour in New York, Los Angeles, and Detroit.