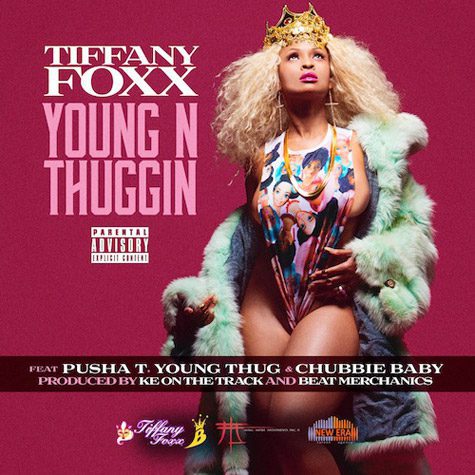 Now the St. Louis femcee takes it from the club to the streets on “Young N Thuggin” featuring Pusha T, Young Thug, and Chubbie Baby.

The song, produced by K.E. on the Track and Beats Merchanics, will appear on her upcoming mixtape King Foxx.