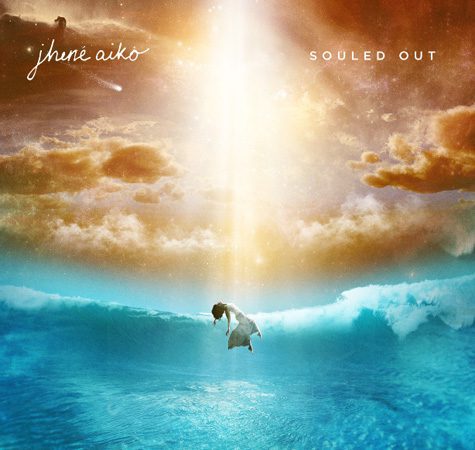 Suited and booted. Jhené Aiko has unveiled the cover art and release date for her highly-anticipated debut.

Souled Out will arrive on September 9 via Artium Records/Def Jam. The heavens part as the R&B singer floats up from the sea into the sky on the celestial artwork.

The album follows her 2011 mixtape Sailing Soul(s) and 2013 EP Sail Out, which spawned the hit single “The Worst” and collaborations with Kendrick Lamar, Childish Gambino, and Vince Staples.

Souled Out includes the singles “The Pressure” and “To Love & Die” featuring Cocaine 80s. In April, she performed another album cut entitled “Spotless Mind” at Coachella.

In addition to No I.D., the dark and melodic project features production from Key Wane, Fisticuffs, James Fauntleroy, and Dot Da Genius. Her daughter Namiko is featured on “Promises,” but don’t expect many other collaborations.

“I did the album and it just shaped up to be all me,” she told Rap-Up TV. “I just didn’t leave room for anybody just because I have a lot to say. I just wrote the songs from top to bottom.”

Following the album’s release, Jhené will join The Weeknd on his four-city “King of the Fall” tour with ScHoolboy Q, starting September 19 at Brooklyn’s Barclays Center.