×
find us on /
Aaliyah Movie 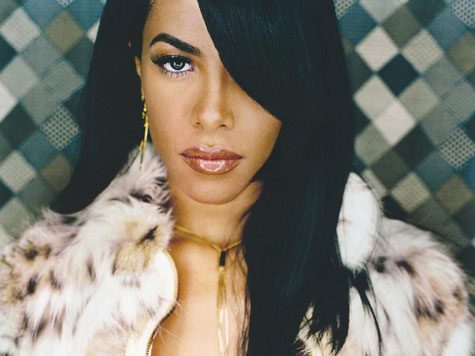 With her unprecedented genre-bridging and -blending sound, established and often-emulated image, awe-worthy and idol-making dance moves, exceptionally abnormal good looks, and—by the numbers—two movies, one Grammy nomination, a handful of No. 1 R&B hits, and two double-platinum albums under her belt, Aaliyah was assuredly on her way to becoming a multi-hyphenated icon.

Sadly, tragedy cut her trajectory short when she died in a plane crash on August 25, 2001, at the age of 22, on her way home from shooting a music video in the Bahamas and just a mere month after releasing her self-titled (soon-to-be No. 1) album.

Old adages were not lost on Aaliyah; she was sugar and spice; she was who girls wanted to be and men wanted to be with; and she was, inarguably, gone too soon.

Here, we honor her life with her 10 Greatest Live Performances.

Be sure to check out the Lifetime Original Movie, Aaliyah: The Princess of R&B, premiering Saturday, November 15, at 8/7c.

“If Your Girl Only Knew” | “Soul Train”
By both toying with and tempting her background dancers in this 1996 performance, Aaliyah was only further proving that she knew how to toe the line, between being provocative and playful, like a pro. Plus, we get to watch her and the host—a young Jamie Foxx—share an awkward handshake-turned-hug.

“Come Back in One Piece” | “MTV’s Romeo Must Die Kickoff Special”
Who knew that the 2000 film was so anticipated it warranted a kickoff special? That’s just the kind of effect Aaliyah had on people. This was confirmed in her ability to make DMX crack a smile and momentarily turn from street to sweet, which is pretty much what Aaliyah was always the perfect combination of.

“Age Ain’t Nothing But a Number” | “All That”
Aaliyah allowed none of the cheesiness of Nickelodeon’s sketch comedy series to rub off on her when she appeared on the first season in 1994. Singing her debut album’s title track, she did so with all the maturity that its lyrics so suspiciously detailed.

“More Than a Woman” | “The Tonight Show with Jay Leno”
In July 2001, Aaliyah appeared on the late-night talk show in what would be her last performance before her untimely death. And if that’s not enough of a reason to watch, let it be the flawless display of her lower register. Or her velour suit-clad band.

“What Child Is This?” | “Christmas in Washington”
Still riding the wave of success from 1998’s “Are You That Somebody?,” Aaliyah momentarily rid herself of the baby-cooing to tackle a classic at TNT’s “Christmas in Washington” concert, undoubtedly introducing herself to a new audience and gaining some presidential fans in the process. Peep Bill and Hillary Clinton in the audience!

“My Funny Valentine” | “Star Search”
In 1989, a very green Aaliyah decided to sing the, uh, very grown “My Funny Valentine,” pulling out all the stops (watch for hair-twirling and hourglass shape-honoring) and showing less restraint than would later become her trademark. She lost the competition, but scored a deal with Jive Records two years later.

“One in a Million” | “Showtime at the Apollo”
Let the fans charging towards the stage serve as your reminder that Aaliyah was the ultimate show-woman because she never skimped on the choreography. This 1996 performance mimics the music video to a tee—heavy-footed marching entrance and all—and she does it in gear that would inspire many boy banders.

“The Star-Spangled Banner”
In 1995, a 16-year-old Aaliyah sang the national anthem at an Orlando Magic home game and did so with so much ease and such little gimmick that it still puts to shame those who coordinate their hand movements with their high notes. (There’s also a special cameo from Shaq in his warm-up gear.)

“Journey to the Past” | “The 70th Academy Awards”
In 1998, the theme song from the animated film Anastasia was nominated for Best Original Song and though it lost to Titanic‘s “My Heart Will Go On” (which basically means it didn’t stand a chance), Aaliyah made history, becoming the youngest singer to perform at the Academy Awards with her—first delicate, then deliberate—rendition.

“Try Again” | “TRL”
As her only song to top the Billboard Hot 100 chart, there was no shortage of Aaliyah performing “Try Again,” but it was her 2000 live performance on MTV’s “TRL”—with her sign-of-the-times bedazzled belt and signature belly dance (amidst that always seamless, almost liquid-like choreography)—that stayed in heavy rotation, and for good reason.