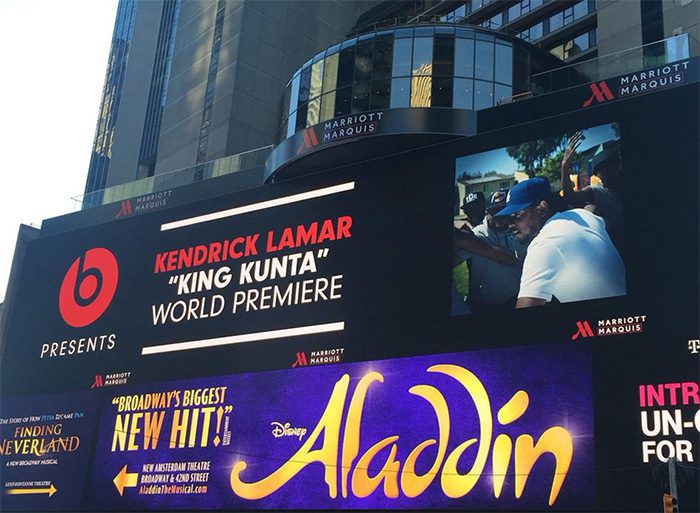 After storming the streets of L.A. with his mobile concert last week, Kendrick Lamar took over Times Square on Wednesday. The Compton rapper, in partnership with Beats by Dre, presented the video for “King Kunta” on the Jumbotron in the heart of New York City. Fans gathered to watch the world premiere and posted footage on Instagram.

In the X-directed clip, which was shot in Compton last month, K-Dot performs atop the Compton swap meet and shows off his C-walk while decked out in a Patriots jacket and white Reebok sneakers.

Check out some footage from the “King Kunta” premiere below.

BITCH WHERE WAS YOU WHEN I WAS