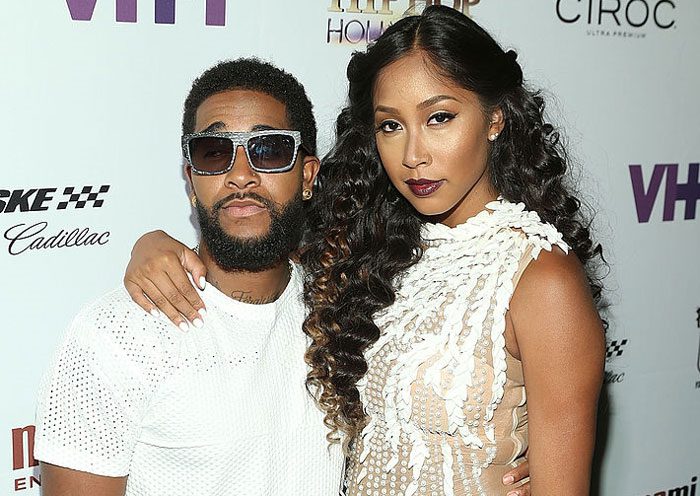 Omarion and Apryl Jones have ended their relationship.

The “Post to Be” singer announced the news on Instagram, saying that he won’t speak publicly about the issue beyond this statement.

“The beautiful and talented mother of my children for who I hold the highest regard and respect, Apryl Jones, and I have mutually decided to end our relationship,” he wrote. “We continue to love and support one another and still share a common goal to remain friends while being great parents to our children.”

“A bitch is happy,” she later added. “The great thing about it is that daddy is happy too…So we Gucci. Nobody’s sad.”

It didn’t end there. Apryl also responded to comments about the fact that she and Omarion weren’t married. “I’m the one that said I didn’t want to get married,” she explained. “I don’t really care because if I would’ve gotten married, I would’ve had to go through a whole process.”

It was all good just three weeks ago when Omarion celebrated their relationship on Instagram. “She put put up with my Krazy,” he wrote. “Now we have crazy kids. Thank you for giving me the two best gifts ever! A’mei & Megaa. They changed me forever! & Maybe I don’t express my gratitude enough. I am rebuilding some things inside myself. With all that goes on in my world, I can depend on you. Because you’re solid. Thank you @aprylsjones just in case you needed a reminder on how awesome of a mother you’re. Looking at my time line I’am aware i could be dealing with someone way worst. Glad that’s not our situation.”

Jones and Omarion have two children together, including two-year-old Megaa and their March baby A’mei Kazuko Grandberry. While dating, Jones and O were cast members of “Love & Hip Hop: Hollywood.” Their future with the program remains to be seen.