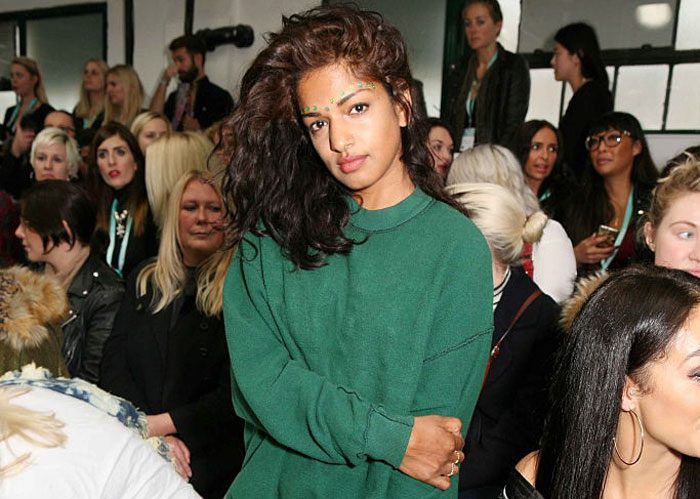 M.I.A. is ready to “Go Off” on her new single featuring Skrillex and Blaqstarr.

The hard-hitting track, which premiered on BBC Radio 1, meshes styles and bends genres with an in-your-face tenor. “Go off on them,” she sing-raps. “This is for your children.”

The Skrillex and Blaqstarr-produced banger is set to appear on M.I.A.’s fifth (and final) project, due Sept. 9. “It’s coming off an album that I have named A.I.M. right now, which will be out on the 9th of September,” she told BBC. “It’s got mad people coming together. It’s the cleanest album I have.

“It’s my last record,” she added. “So I just want it to be happy. There’s no complaints on it. There’s another side to me completely. I don’t know if people know that.”