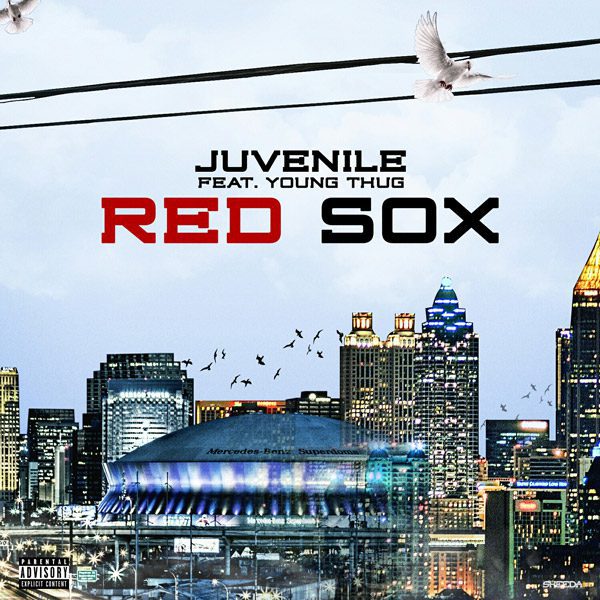 Batter up! Juvenile steps up to the plate with Young Thug by his side on “Red Sox,” inspired by Boston’s baseball team.

Despite its title, the track isn’t exactly an ode to America’s favorite pastime. Instead, it’s a streetwise track about how the duo is willing to leave haters “red like a red sock.”

For Juvenile, it’s also a headknockin’ slapper that allows him to boast about his lavish lifestyle and rags-to-riches story.

“I ain’t doing good, I’m doing great,” raps Juvie. “Went from living in the ghetto to estates / Pussy ni**a, you ain’t gon’ relate / But these bitches gon’ do what a ni**a say.”

Thugger handles the hook with a reference to Juvenile’s classic work with the Hot Boys. “H-O-T boy,” raps Jeffery. “Ready to D-I-E.”

Juvenile’s partnership with Thug may come as a surprise due to Jeffery’s beef with Lil Wayne. Weezy started his career as a Hot Boy and has reconciled with former foe Juvie in recent years. The two even collaborated on Mannie Fresh’s “Hate” single last year and a joint project was reportedly in the works.

In any case, “Red Sox” is said to be a single off Juvenile’s forthcoming album, his first since 2014’s The Fundamentals.