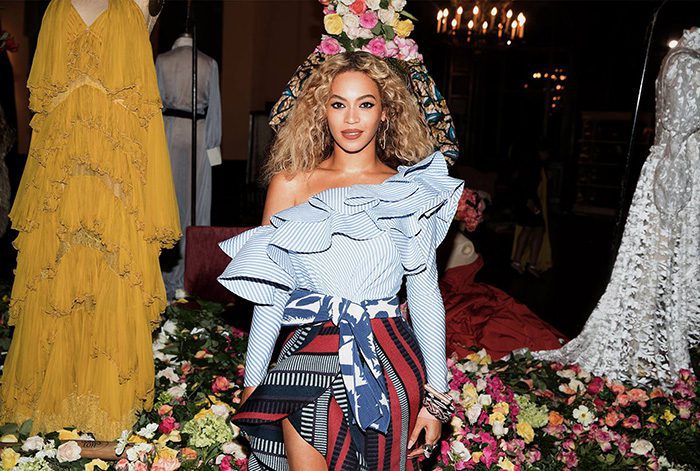 The show will go on for Beyoncé.

Despite announcing that she’s expecting twins, the pregnant singer still has plans to perform at Coachella in April.

Queen Bey has also reportedly booked two guest stars to join her onstage. According to TMZ, housing arrangements have been made and the artists apparently knew about the pregnancy long before the public did.

The top secret guests have not been revealed, but insiders say that one of them is a Roc Nation artist while the other is a “close” associate from another label. Both have apparently blocked out their schedules for the Queen Bey gig.

Questions about Coachella were posed following the 35-year-old superstar’s pregnancy announcement. Some of those queries regarding how the usually acrobatic ‘Yoncé will perform during her third trimester remain. Artists have performed sitting down in the past, and it’s an option available to the LEMONADE star.

But Beyoncé may answer some of those questions next weekend. She’s reportedly been rehearsing for a surprise Grammy performance, her first since her maternity photographs hit the web.

On Feb. 1, Beyoncé and Jay Z made the record-breaking pregnancy announcement on Instagram with a joint statement. “We would like to share our love and happiness. We have been blessed two times over,” wrote the Carters. “We are incredibly grateful that our family will be growing by two, and we thank you for your well wishes.”