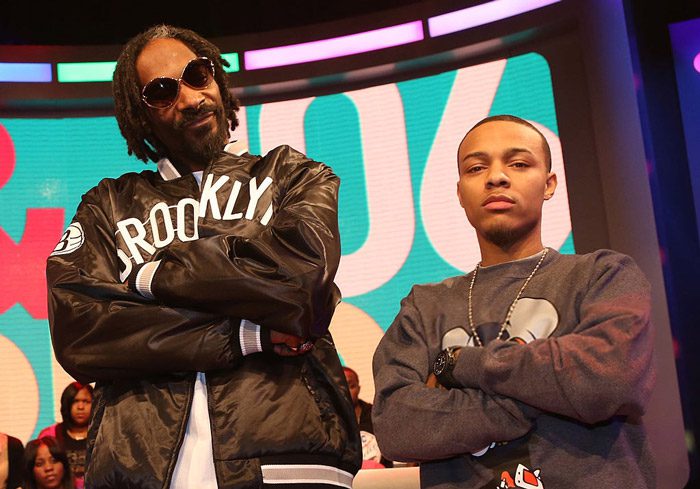 Fox News anchors are responding to the war of words between President Donald Trump, Snoop Dogg, and Bow Wow with controversial comments of their own.

During an episode of the cable news network’s “The Five,” co-host Greg Gutfeld called Bow Wow an “obscure loser,” a “washed-up rapper,” and a “washed-up actor,” responding to Shad Moss’s claim that he would “pimp” the First Lady of the United States, Melania Trump.

The segment continued with Gutfeld asking what the Secret Service should do. “Uh, yeah, kill them,” she said, before repeating it for emphasis. “Kill them.”

She continued: “I think it would be fantastic if Snoop and wannabe Snoop got a visit from, like, the Federal Marshals. Let’s see how tough and gangster they are then.”

Bow Wow responded by paying a visit to Guilfoyle’s Instagram page. “I just came for the comments,” he wrote. “hahaha and this bitch getting roasted. Enjoy your walking papers. What I said was a tasteless joke. You were not joking. KILL US? Nah bitch kill yo self!”

The firestorm began when Snoop shot a novelty gun at a clown Trump impersonator in the video for his BADBADNOTGOOD and Kaytranada collaboration, “Lavender (Nightfall Remix).” The president responded by saying the Long Beach legend had a “failing career.”

Can you imagine what the outcry would be if @SnoopDogg, failing career and all, had aimed and fired the gun at President Obama? Jail time!

Bow Wow came to Snoop’s defense by threatening the First Lady of the United States, Melania Trump. “Ayo @realDonaldTrump shut your punk ass up talking shit about my uncle @SnoopDogg before we pimp your wife and make her work for us,” he wrote.