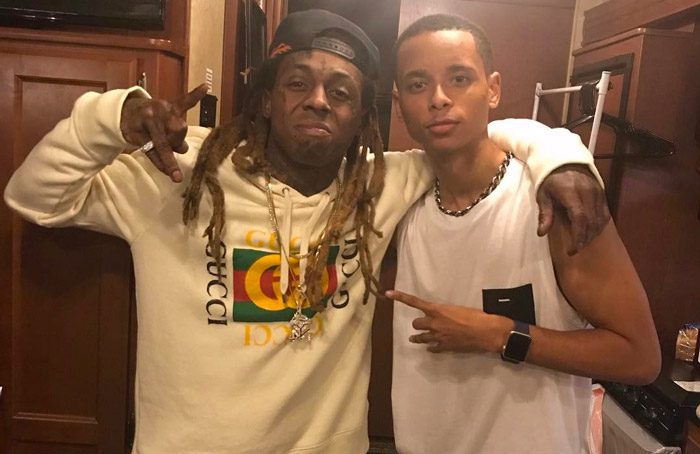 Both images were captioned: “#4L #BLOODLOVE.”

Some have speculated that Birdman may have been in the room when these photos were taken, but there’s no evidence to support that.

This comes at a time of major discord between Baby and Wayne, once deemed a father and son duo. In fact, Tunechi has been vocal about his disdain for his longtime label in recent months. Just last month, for instance, Wayne claimed to be a part of Jay Z’s Roc Nation imprint, though that seems to be an unofficial alliance.

In December, Tunechi also said: “Fuck Cash Money in they ass.” Plus, they are still embroiled in a $51 million lawsuit.

When asked about their relationship in October, and whether he still views Birdman as a father, Wayne replied: “His name isn’t Carter, baby. He’s not family.”

Despite the legal woes and dissension, Wayne has remained busy. He’s been on his “Kloser 2 U Tour,” which closes on May 11 in Detroit, he performed at Rolling Loud in Miami on Friday, and at Powerhouse in San Bernardino on Saturday.