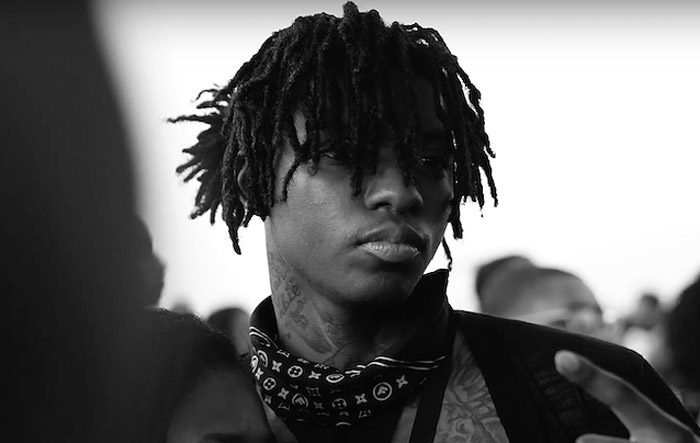 Unlike the February clip — which has surpassed 12 million views on YouTube — this clip is black and white and it’s already been dubbed the “SANDAS Weekend 2K17” edition.

Whether performing in front of adoring fans or walking around with friends, SahBabii kicks menacing bars and drops melodic harmonies throughout the clip. Dressed in all black, he also meets with fans and throws money into a crowd at his concert, as fans follow a day in the life of the burgeoning rapper.

The latest visual is a precursor to SahBabii’s forthcoming Warner Bros. debut S.A.N.D.A.S. which stands for “Suck a Ni**a Dick Ah Something.”

Prior to its buzzing success, “Pull Up” wasn’t going to make Babii’s debut LP. “The song was old,” he told The FADER. “I recorded it in March 2016, so I kinda just grew tired of it…I just thought it was a little basic. I felt like I could’ve went harder on that. But I’d just seen it going viral on Instagram, all over the explore page, with a lot of comments on it.”

The song picked up steam and has since been remixed by the likes of Wiz Khalifa. “It just went crazy,” added Sah. “So I just added it to the tape. It’s street and it’s melodic and catchy. People can dance to it, but at the same time it’s some hardcore bars on there.”