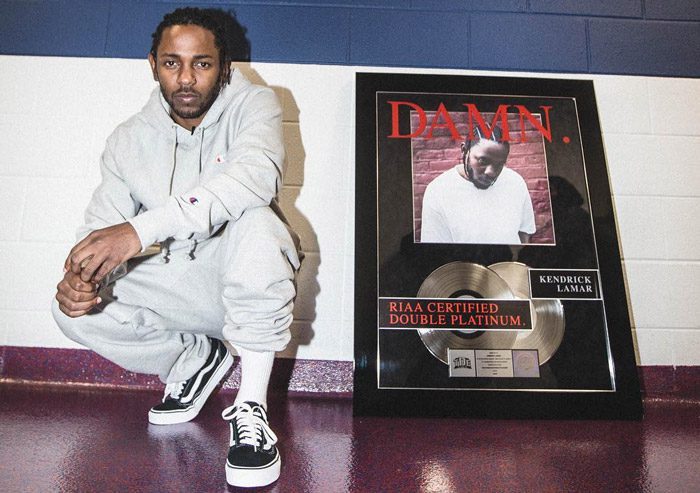 Kendrick Lamar’s DAMN. continues raking in achievements. The album has been certified 2x platinum by the Record Industry Association of America.

Taking to Instagram, K-Dot confirmed the news with a message to fans. “These murals forever belong to my fans,” he wrote. “You’ve always taken my words above and beyond. Around the world and back again. With trust. I am forever grateful. 2x.”

DAMN. is thriving on the Billboard 200, as well. This week, it sits at No. 2 on the JAY-Z-led chart after selling 56,000 equivalent album units in its 14th week of availability.

Earlier this year, K-Dot’s “Alright” earned a platinum certification. Plus, Section.80 and its standout “A.D.H.D.” both went gold.

Kung Fu Kenny is currently on the first leg of “The DAMN. Tour” with D.R.A.M. and Travis Scott. The North American run will continue through Aug. 9 in Los Angeles before picking back up with D.R.A.M. and YG for the second leg, from Aug. 11 in Anaheim through Sept. 2 in Miami.