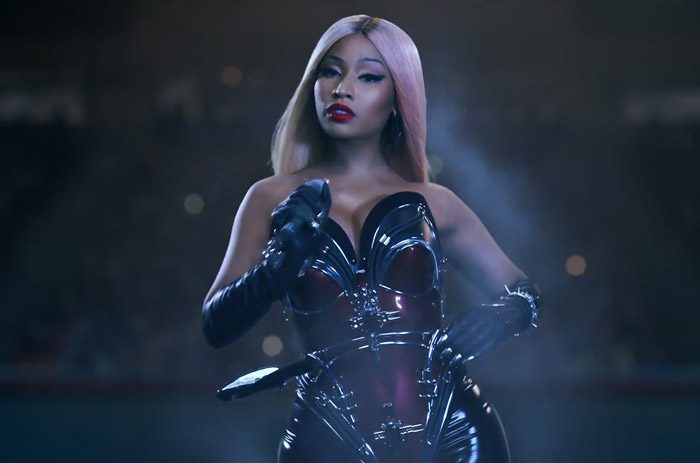 Ahead of hosting Sunday’s VMAs, Katy Perry hits the court in the baller video for her Nicki Minaj-assisted single off her latest album Witness. Directed by Dave Meyers, the revenge anthem gets a humorous and sleek visual, depicting a hilarious basketball game between the Sheep and Tigers.

Perry plays the role of a bashful player named Katy “Kobe” Perry, who leads the Tigers against the powerful Sheep. However, it’s less a game of basketball and more a series of bloopers and memes, as Perry’s squad gets demolished.

Rocking stunning shades and a futuristic warrior princess ensemble, Nicki Minaj pops up as the star of the halftime show. Backed by a team of dancers, the rap vixen breaks down her bars before instructing Katy to “get it together.”

Inspired by Barbie, Katy puts “another one in the basket” in an inspirational closer. Through a series of moves, she dunks on the Sheep, while chaos ensues. Miraculously, the courtside killer queen is able to lead her team to a victory, holding up a trophy at the end.

Up next, Nicki is teaming up with Offset and 21 Savage for London On Da Track’s new single “No Flag,” which drops tonight.