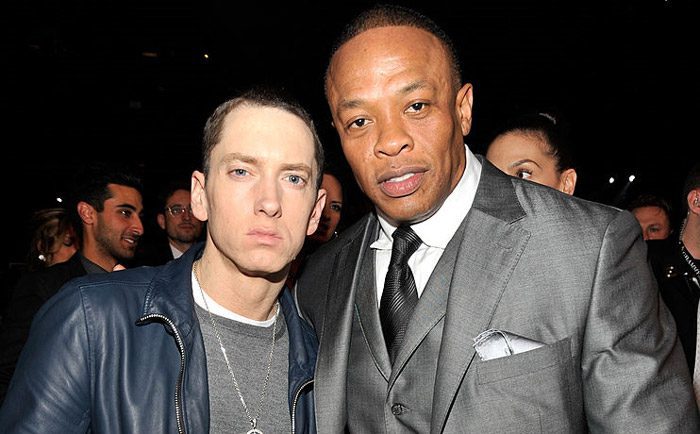 Guess who’s back in “Business”? Eminem and Dr. Dre are slated to contribute music to the soundtrack to Joseph Kahn’s battle rap film Bodied.

The movie, which Marshall Mathers is producing, debuted to rave reviews at the 2017 Toronto International Film Festival over the weekend. Now, The Hollywood Reporter confirms that Em will be contributing “a number of songs” to the soundtrack, which he is putting together with his longtime manager Paul Rosenberg. Dr. Dre has also reportedly been tapped “for a couple of songs.”

Prior to this, The Defiant Ones director Allan Hughes revealed that Dre was working on new material with Slim Shady. “Dre still records,” said Hughes. “People don’t know this: Dre records every day. Literally, he’s in there recording songs every day. He’s like Picasso in that way. He’s always painting. Right now he’s producing, in the eleventh hour, a track for Eminem’s latest album. So Dre’s still real active in music, you know? But I hear what you’re saying. It’s the truth.”

After premiering at The Toronto International Film Festival, ICM is selling the movie’s rights worldwide. At press time, it is unclear when it may see its wider release.