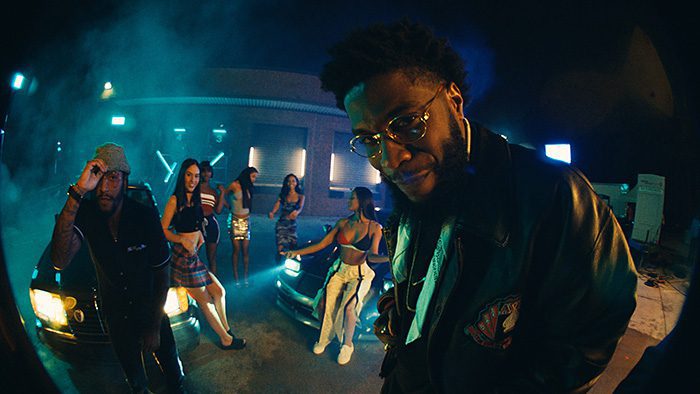 Big K.R.I.T. time travels to “1999” in the Back to the Future-inspired video for his Lloyd-assisted single off 4eva Is a Mighty Long Time.

The Tyler Yee-directed clip is set “somewhere near Atlanta on Oct. 27, 1999” and it opens with Young Krizzle in a DeLorean with a CD player in hand.

To go along with the No Limit-inspired chorus, K.R.I.T. rocks camouflage pants. “Back that ass up like it’s 1999,” Lloyd sings to a group of ladies in ’90s-inspired outfits of their own. Later, the guys enjoy a limousine ride, where they flex in front of a fisheye lens in a likely nod to Hype Williams.

On March 15, Krizzle is set to kick off his “Heavy Is the Crown Tour” with CyHi The Prynce in Little Rock. The jaunt will continue through April 28 in Chicago.