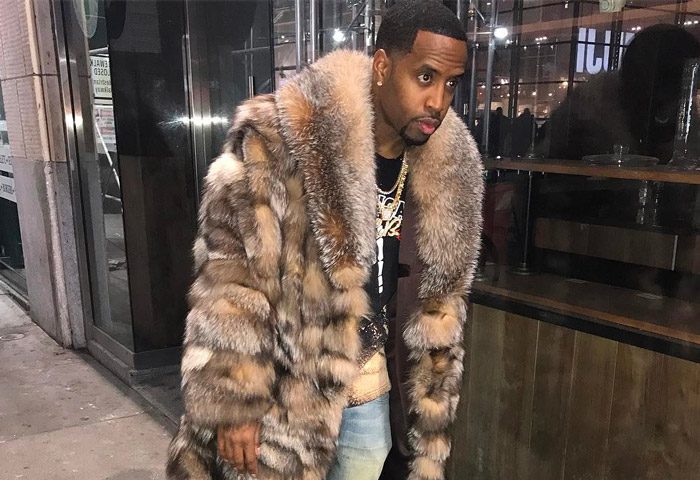 Safaree opens up about his armed robbery as two suspects are in custody.

During an interview with Power 105’s Angie Martinez, an emotional SB detailed the incident. “I just got robbed at gunpoint,” he said. “A couple of hours ago, I just got robbed. Two dudes with guns just ran up on me, me face down on the floor with a gun to my head. They just took everything.”

Fighting back tears, Safaree revealed that the robbery took place in New Jersey at 3 a.m. on Monday (April 2). “I can’t really give details because the police are still doing what they gotta do,” he said. “They just caught me by myself. I was with one other person, my chef.” He said he is now thinking about boosting his security team with armed guards.

The incident was traumatic for other reasons. Safaree said his uncle recently died in a robbery, which heightened the sense of terror. He called this incident a “traumatizing” ordeal and said that it “keeps replaying” in his head. He struggled to speak at times but said he didn’t want to cancel the interview.

SB also said he didn’t know who was responsible for the robbery, but thought it was someone he knew. “I’ve never had a gun put to my face,” he added. “I don’t know who these people were.” Later, he noted: “I definitely feel like it’s someone I know who has something to do with it.”

Two suspects, Jonathan Ricketts and Shawn Harewood, have since been captured after a police pursuit from New Jersey into New York, according to TMZ.