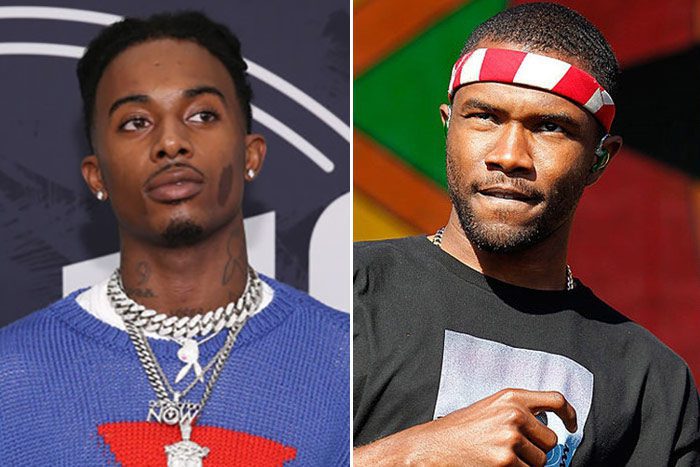 Playboi Carti and Frank Ocean Have Recorded Five Songs Together

Playboi Carti and Frank Ocean are cooking up more collaborations.

While promoting his debut album Die Lit, the “Magnolia” rapper revealed that he was recently in the studio with the Blonde singer and they recorded around five songs together.

“Frank Ocean, he’s the GOAT,” Carti told Power 106’s “The Cruz Show” (via Complex) on Tuesday (July 31). “The last time I worked with him was in New York about a month ago. We did like five songs.”

But like all Frank Ocean music, he’s unsure when the tracks will be released. “You know, it’s Frank, so he move how he move,” said Carti. “You never know what he on.”

When asked where the songs are, Carti replied, “They’re with him.”

The two previously collaborated on “RAF” off A$AP Mob’s Cozy Tapes, Vol. 2: Too Cozy compilation. In a 2017 interview with The FADER, Carti also opened up about working with Ocean.

“We worked on some music in New York, actually,” he said at the time. “He’s very talented, man. That man was doing everything in the studio. He really works with instruments and shit. It’s crazy. He really showed me a new type of style and shit. We made a song and it was very lit. I don’t know if the world’s going to get it, though.”