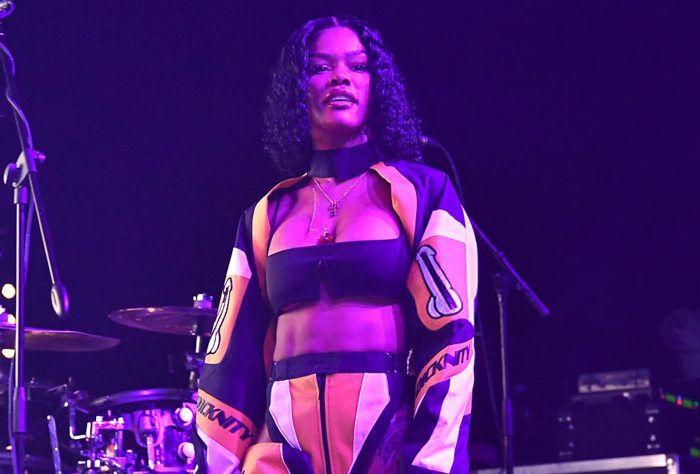 A day after quitting Jeremih’s tour, Teyana Taylor has announced that the show will go on.

The tour has been renamed from the “Later That Night Tour” to the “KTSE on Aisle VII Tour” and will no longer feature Jeremih, who was the original headliner. All of the dates will remain the same, except for a rescheduled Toronto show, and Dani Leigh will continue on as supporting act.

“#LaterThatNightTour will now be the #KTSEOnAlseVII TOUR,” tweeted Taylor. “Toronto will be rescheduled for later this week & All other dates will remain the same. I will also keep @DaniLeigh on as my special guest ❤️ I promised y’all I would work it out regardless.”

#LaterThatNightTour will now be the #KTSEOnAlseVII TOUR. Toronto will be rescheduled for later this week & All other dates will remain the same. I will also keep @DaniLeigh on as my special guest ❤️ I promised y’all I would work it out regardless.✊🏾#womenempowerment #LevelUp

On Wednesday (Aug. 15), Taylor announced that she was done with the tour after being “extremely mistreated” by her tourmate.

“I’ve been extremely mistreated on this tour so on that note i will NO longer continue to stay on the #LaterThatNightTour because if I do ima end up knocking this nigga out,” tweeted Teyana. “I’m sorry to all who has already purchased tickets to see me I will make sure everyone gets refunded!”

She also called out Jeremih for his unprofessional behavior. “@Jeremih Lazy, sneaky, jealous, conniving, selish, lame ass nigga! Don’t ever try to play me Petunia! They come to see me then 80% of the room leave after MY SET! work my ass off every city, every night! You’ve done nothing this whole tour but act like a DIVA in ya princess chair.”

Jeremih responded by posting a video of comedian Lil Duval singing “I’m livin’ my best life, I ain’t goin’ back and forth with you ni**as,” captioning it with Teyana’s own #KTSE hashtag.

The 24-city “Later That Night Tour” kicked off Aug. 3 in Tampa, Fla. The new “KTSE on Aisle VII Tour” is now set to continue through Sept. 8 in Portland without Jeremih.