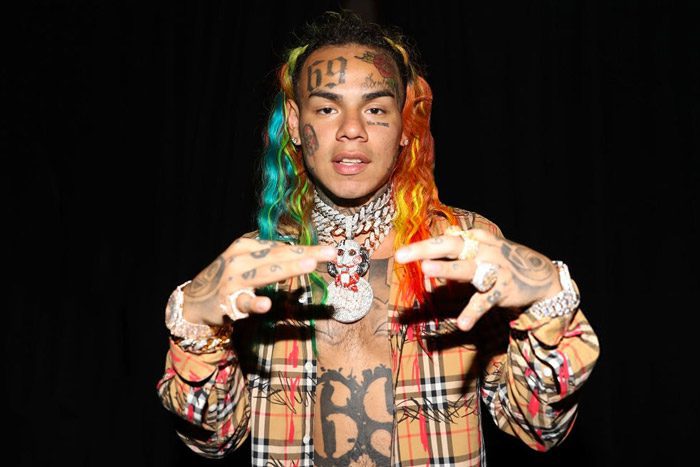 Tekashi 6ix9ine is spending Thanksgiving in a federal facility.

The “FEFE” rapper has been transferred from Brooklyn’s Metropolitan Detention Center to a federal facility that is regularly used to house witnesses who cooperate with the Feds.

According to TMZ, federal authorities initiated the transfer on Wednesday night (Nov. 21). Tekashi reportedly requested to be separated from the Crips and the Bloods.

Tekashi, who was placed in general population at Metropolitan Detention Center, is now in a unit with “neutral inmates,” meaning non-gang members. 69’s attorney, Lance Lazzaro, said the transfer was for “security reasons” and would not say whether his client is trying to cut a deal in return for divulging info on others. He had reportedly been receiving threats from gang members at MDC.

Tekashi was arrested and indicted on six federal charges, including racketeering and discharging a firearm while committing a crime, which carries a max sentence of life in prison. Authorities claim he was involved in conspiring to commit armed robberies, drug deals, and shootings.

As he awaits his bail hearing, 69 has received support from his friends including Nicki Minaj and 50 Cent. His album Dummy Boy, which was originally due Friday, has since been delayed.