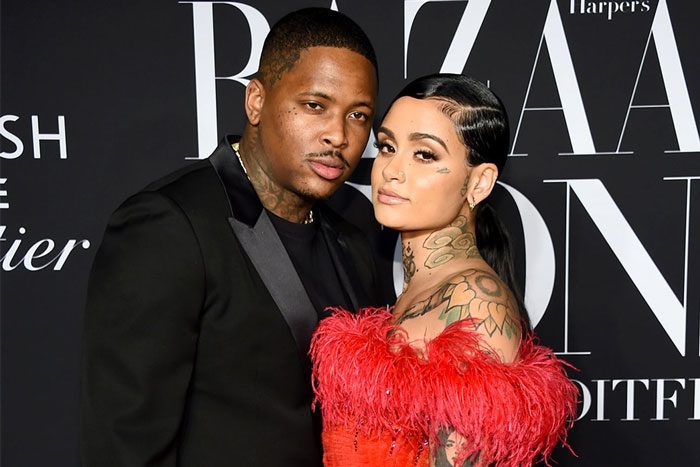 Kehlani and YG Have Been Dating for Months

YG and Kehlani kept their relationship private before finally going public this week.

Their romance caught many fans off guard, but according to TMZ, they’ve been together for months.

However, she is not the reason why the Compton rapper broke up with his baby mama Catelyn Sparks, who gave birth to their second daughter in July. They were separated before he got into a relationship with Kehlani.

Kehlani welcomed her own daughter Adeya in March, but she’s never been in a romantic relationship with the father Javie Young-White, who is also her guitarist.

Kehlani and YG went public with their relationship on Thursday night, stepping out hand in hand to the Kith show at New York Fashion Week. The “Nights Like This” songstress shared photos of them kissing at dinner. “cats out the bag,” she captioned the pics.

The next day, the stylish couple showed more PDA as they made their red-carpet debut at the Harper’s BAZAAR ICONS party. Kehlani was stunning in a feathery red dress as YG kissed her on the cheek.

Before sparking a romance, the two had been friends for several years. “5 years in the making,” Kehlani wrote in a since-deleted tweet.

Kehlani was plotting on YG for 5 years & she had a whole boyfriend & baby lmaooo Hot Girls took a decisive overtime victory to win the championship. Good game pic.twitter.com/PVD7aUiyTq