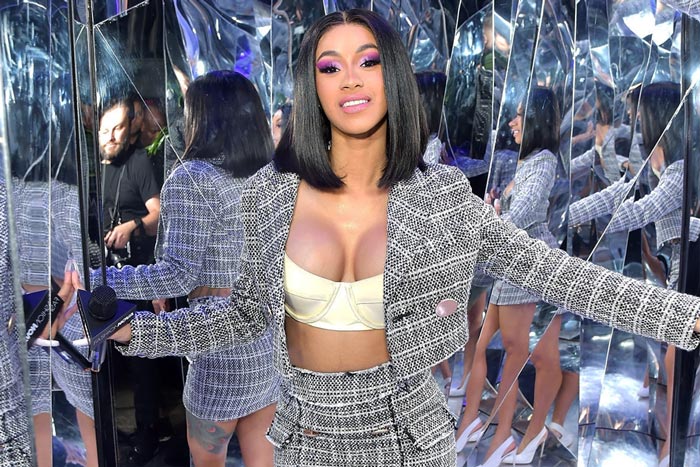 Cardi B Credits Herself with Opening Doors for Female Rappers

Cardi B is demanding her props.

The Grammy-winning rapper took to Twitter on Wednesday to weigh in on her influence and defend herself against critics who say she didn’t open doors for female rappers.

“I didn’t say I pave the way for female rappers but I deff gave the hood and women hope,” she tweeted. “Nikkas wasn’t collabing with females rappers.Labels where signing female rappers and putting them in a shelf and not focusing on them.Not giving them proper attention.”

Cardi credits herself for providing more opportunities for female rapers, who weren’t getting as much shine, especially from their male counterparts.

“It seem like it was impossible for it to be more then one female rapper,” added Cardi. “These male rappers where not even takin Money from female rappers for a feature cause it seem far fetch for another woman to make it.I see so many male artists collabing wit females now even ..” The Fast & Furious 9 star says she raised the profile for female rappers and made the genre more visible and bankable. “And ya can deny it as much as ya want and say I’m crazy or stfuu but how many female rappers before me where getting chances or getting pushed ? They wasn’t believing and now they are !”

While she doesn’t take credit for inspiring her peers, she believes her success has opened new doors. “And for the slow ones again NO ain’t made females want to rap cause bitches been rapping bitches been have talent but the music industry wasn’t believing and shitting on female rappers .and that’s Big Bentley.”

When someone told her that she’s lying, Cardi clapped back. “I’m Lying ? So you tell me what rappers was giving features to female rappers? What label was pushing a female rapper? What tv music show was inviting female rappers .Only 2 female rappers for years and one ain’t last to long ……now you tell me! I wanna see something?”

It’s unclear which two female rappers she was referring to, but many fans believe the unnamed MCs to be Nicki Minaj and Iggy Azalea, who topped the Billboard Hot 100 with “Fancy” in 2014. Cardi is currently a judge on Netflix’s hip-hop competition series “Rhythm + Flow,” while Nicki previously served as an “American Idol” judge.

Cardi’s comments were met with a mixed response. Some were in agreement, while others, especially Nicki fans, were quick to call her out for taking credit.

I think she's referring to Nicki and Iggy, and Iggy isn't doing well anymore.
Cardi just recently made it big.

ppl like nicki and others were before, but they had to work harder bc the industry overlooked them. pic.twitter.com/rQjwXLDOGZ

Yes you are !! Nicki Minaj fought for years to open those doors for you ALL. If she would’ve died out, you wouldn’t be here! She literally inspire you and all the others. Even they say it, except you. And Inspire Record Labels to try and find the next Nicki Minaj but they failed.

Cause every time a door opens, for me that means you
Just got a better opportunity, to do you
They don't understand, these labels look at numbers, it's statistics
I lose, you lose, ma, it's just logistics
Anyway, real bitches listen when I'm speakin' pic.twitter.com/G8UDV2Gl0d

That’s factz except for Nicki Nicki was pushed heavy and she was on idol and let’s not forget her collabs with Kanye, Jay Z and Eminem are all classics not only for the collab but the song as well. And idol was a mainstream show on a local network.