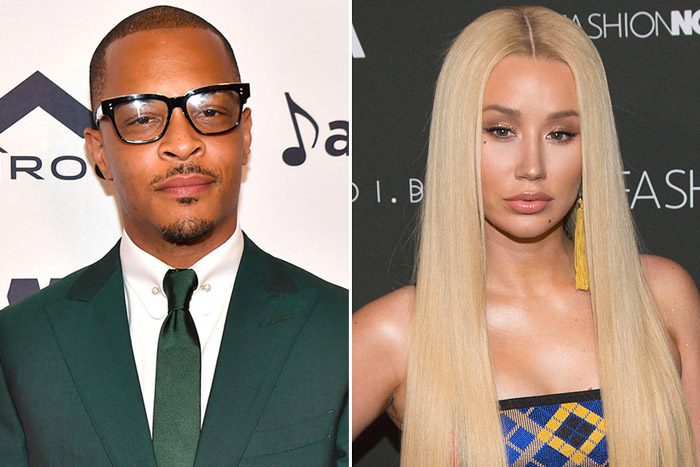 T.I. has more to say about Iggy Azalea.

After calling her a “tarnish” on his legacy, the Grand Hustle boss expanded on his comments, saying that the Aussie rapper sabotaged her own career once she gained mainstream success.

“I’m still actively looking for another female rapper who can undo the blunder of Iggy Azalea,” he told The Root earlier this month. “That is the tarnish of my legacy as far as [being] a [music] executive is concerned. To me, this is like when Michael Jordan went to play baseball.”

During his appearance on “The Breakfast Club” on Monday, Tip–who signed Iggy to Grand Hustle in 2011–reflected on the rise and fall of his former protégée.

“I really feel like she was meant to be great,” said Tip, to which Charlamagne Tha God responded, “She was for a moment.”

According to Tip, Iggy turned her back on the black community once she became more popular. “I didn’t say this to really speak down on shorty, but this is my truth. It’s my truth and I’m sharing it. I’m not speaking down on her. I don’t wish no ill will on her. If she happens to be the biggest thing tomorrow, great, but as far as I’m concerned, I feel like when she found out white people liked her and she didn’t really need black people to like her anymore, she switched up, started acting different, made moves that I wasn’t proud of that kind of placed my reputation in the line of fire.”

He continued, “She was very arrogant about it, and I feel like that energy led to motherfuckers like, ‘Nah, we ain’t fuckin’ with that.'”

He blames Iggy’s numerous social media outbursts as factors in her downfall. “The raps were dope at first. Of course, she had…help,” he said. “It was dope at first, and then she exposed herself so much. It undid all the good that was done.”

He believes Iggy, who topped the Billboard Hot 100 for seven weeks with “Fancy,” had even more potential for success. “It just had so much more potential. It could’ve been so bigger.”

Despite what the future holds, he won’t be involved. “I’m not finna take that risk no more,” said Tip. “I’m not finna put my reputation in jeopardy no more for it. They are their biggest problem.”

Iggy has responded to T.I.’s comments. Taking to Twitter, she refuted his ghostwriting claims. “When will this guy shut up,” she tweeted. “The only song you ever were a part of making was ‘100.’ Thank you for that, but you were NOT a part of the creative or executive process on that album [The New Classic]. Which is why I’ve always taken issue with you trying to approximate yourself with it’s success.”

She added, “Please move on and speak about artist you are (hopefully) actually helping, and stop trying to bring me up for relevance. I don’t bring your ass up, NO ONE is asking about you.”

She also claimed that T.I. tried to woo her back to Hustle Gang in 2017, but she blocked his number and moved to a different recording studio to avoid him.

Iggy says T.I. never understood her, but tried to critique her and push his style onto her. “He never sat in a studio to know who wrote what parts & knows as much as a stranger on the internet,” she said. “BUT he would criticize what was made and try and convince me to make things that sounded like his style, not mine. I never would.”

See some of her deleted tweets below.