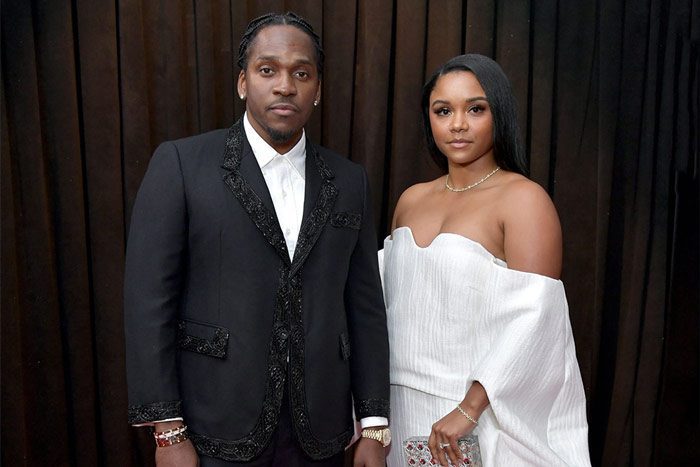 Pusha-T and his wife Virginia Thornton are expecting their first child. The couple shared the big news on Instagram Monday, posting an illustrated holiday portrait of themselves in a sleigh with Pusha’s hand on his wife’s pregnant belly.

It was accompanied by Pusha’s remix to Kanye West’s “Follow God.” On his verse, King Push announces that he’s about to become a father. “Life goes on and babies born / And mine’s on the way / Couldn’t wait to say it in song,” he raps.

An excited Virginia also shared the sonogram and revealed that Baby Thornton is due around May/June. “Finally landed my dream job,” wrote the mom-to-be. “World, make way for BABY THORNTON! Arriving Gemini season 2020!! WE ARE OVER THE MOON!!!!!!!!!!!!”

The G.O.O.D. Music president married his longtime girlfriend in his hometown of Virginia Beach in July 2018.

In addition to a baby, Pusha is set to deliver a new album in 2020. In August, he dropped the Ms. Lauryn Hill assisted-“Coming Home” and revealed that he has been in the studio with Kanye and completed nine songs for his next album, the follow-up to 2018’s Daytona.