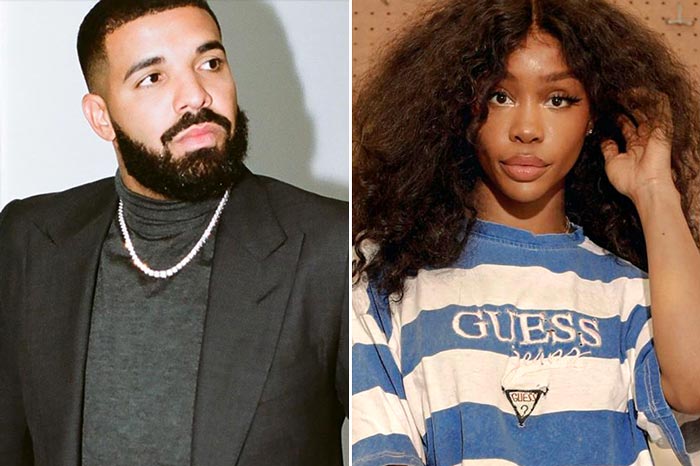 Drake Reveals That He Used to Date SZA

Drake and SZA were apparently a thing at one time.

On Friday, 21 Savage and Metro Boomin released their new album Savage Mode II featuring a surprise appearance from October’s Very Own. On their collaboration “Mr. Right Now,” Drizzy made a shocking revelation, claiming that he used to date SZA over a decade ago.

Drake on 'Mr. Right Now' from Savage Mode 2:
"Said she wanna fuck to some SZA- Wait, I used to date SZA back in 08'.." pic.twitter.com/R3xvRveiGA

Drake’s announcement came as a surprise to fans, who shared their reactions on social media. Drake would have been 21 or 22 years old at the time, while SZA was 17 or 18.

Drake used to date SZA back in 08? Drake’s hitlist got more 10’s than his own discography FFS pic.twitter.com/jp43Iajvuu

Me: WAIT A DAMN MIN pic.twitter.com/syO5fd8uHP

SZA has not responded to Drake’s claim, but she apparently unfollowed him on Instagram after the song dropped.

Their relationship was thought to be platonic prior to this. Drake was spotted backstage at SZA’s “Ctrl Tour” in Toronto in 2017. He recently shared his support when she dropped her single “Hit Different” last month.

“Solana is the chefs kiss,” he wrote on Instagram Stories.