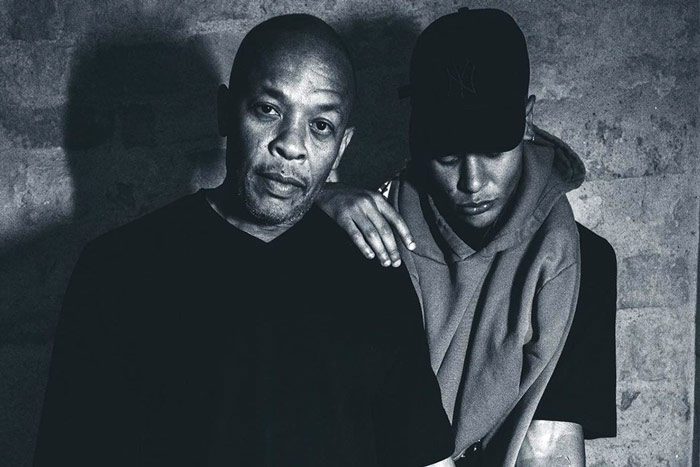 Dr. Dre and His Son Get Matching Tattoos

Dr. Dre and his son Truice Young are celebrating their bond with a pair of matching tattoos. Taking to Instagram on Monday, the legendary producer shared a photo of him and his 23-year-old son showing off their DNA double helix tats on their left forearms.

“Just got matching tattoos with my son @truiceyoung. It’s in the DNA. California Love!!” Dre captioned the photo.

Just got matching tattoos with my son @truiceyoung. It’s in the DNA. California Love!!

The tats were done by famed tattoo artist Dr. Woo. “It’s in the DNA honored to do these for @drdre and @truiceyoung,” said Dr. Woo.

Dre is in the middle of a contentious divorce with his wife of 24 years, Nicole Young. Last week, it was revealed that Nicole is being investigated by the Los Angeles Police Department for alleged embezzlement.

In addition to Truice, the estranged couple shares a 19-year-old daughter, Truly, who recently slammed 50 Cent after he disrespected her mother on social media. “The blatant misogyny and disrespect by ignorant men that is being shown is absolutely fu**ing disgusting and vile,” she told the “Power” mogul.