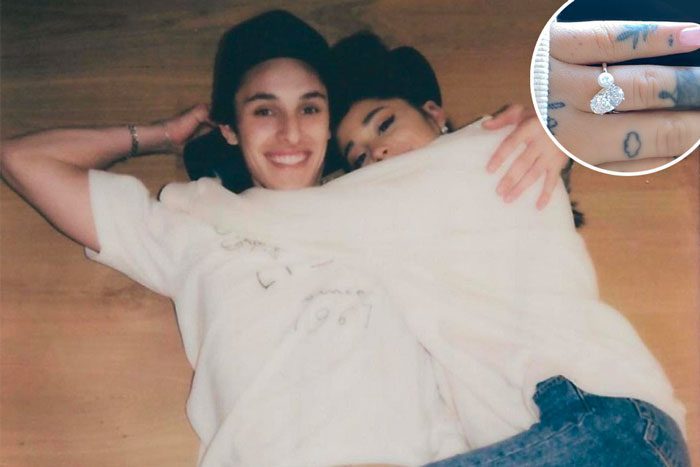 The “positions” singer has announced her engagement to real estate agent Dalton Gomez. On Sunday (Dec. 20), she shared a series of photos on Instagram including one where she shows off a massive diamond engagement ring.

“forever n then some,” Grande captioned the images.

The couple has been dating for less than a year. In May, they made their first public appearance in Ariana and Justin Bieber’s video for “Stuck with U.” Gomez helped Grande purchase a $14 million home in the Hollywood Hills in June.

They received well wishes from friends including Kim Kardashian, Tinashe, Hailey Bieber, and Grande’s manager Scooter Braun. “Congrats to these two amazing souls. Ari we love you and could not be happier for you. Dalton you are a lucky man,” Braun commented.

“They couldn’t be happier, they’re just so excited,” a source tells PEOPLE. “This is a happy time for them, both sets of parents are thrilled.”

Grande, 27, was previously engaged to Pete Davidson in 2018. The couple split four months after the “SNL” star’s proposal.

The news arrives ahead of the release of Ariana’s new documentary “excuse me, i love you,” which is set to premiere Monday on Netflix.