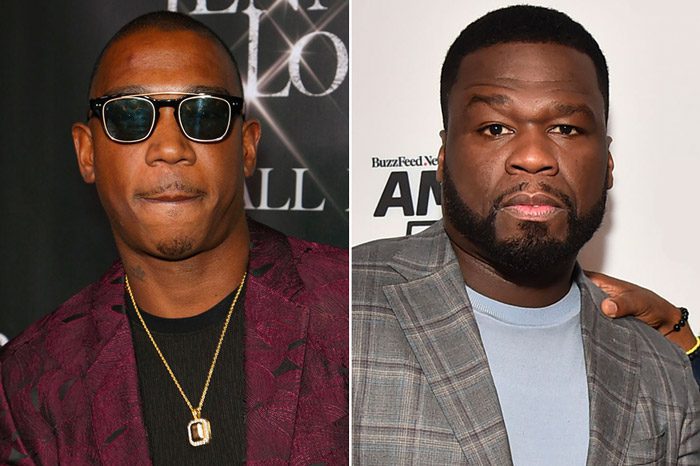 Ja Rule Says He Would 'Smoke' 50 Cent in Verzuz Battle

While a Ja Rule and 50 Cent Verzuz battle is unlikely, Ja is confident he would win if it were to go down.

Speaking with HipHopDX, Ja claims that the proposed pairing between the longtime rivals won’t happen because 50 doesn’t want the smoke.

“That ain’t gon’ happen,” said Ja, whose beef with 50 dates back two decades. “Everybody don’t want this smoke. I got heat. Let me tell you something, when I do my shows, I can rock. I’m telling you, it’s like an hour of straight hit records. No filler. All crab meat, n***a. All meat in that motherfu**in’ crab cake.”

If Ja were to do a Verzuz, he would want it to be a celebration. “I love Verzuz, I love what it is, I love to see artists getting in there and doing the sh*t–but if I did do a Verzuz, I would want my Verzuz to be fun,” he added. “That’s what Verzuz is supposed to be about, the celebration of music and the art, and the artistry. So I would want my Verzuz to be fun and filled with love in the room and sh*t, and that sort of thing.”

As far as 50, he would rather battle him in the boxing ring than online. “I’m too old to be in Verzuz beef with my team of n***as,” he said. “Come on. I’m 44, dog. Just get a boxing ring and we get in there, and we do that. All this other funny nutty sh*t, we ain’t doing that. We keep it regular. We keep it simple, man.”

Back in April, Ja challenged 50 to battle him during Timbaland and Swizz Beatz’s matchup series. “It would break the internet in a bad way,” he told Fat Joe. “It’s gonna be fu**ing broke for real. They may not be able to put it back up for a week or two. We can do that for the culture, ni**a.”

50 seemingly shot down the idea by posting memes that clowned Ja, insinuating he was desperate for attention.