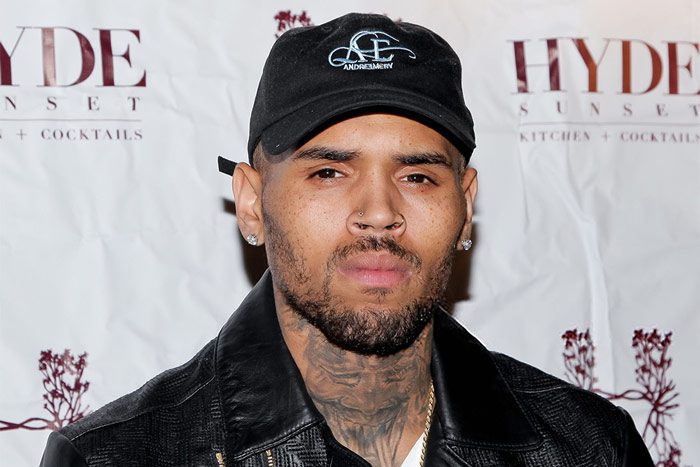 The R&B singer was leaving celebrity hotspot The Nice Guy in West Hollywood on Friday around 1 a.m. when a driver reportedly slammed into the back of one of the valet parked vehicles, triggering a domino effect.

According to TMZ, an airbag in one car deployed and several cars were damaged including Chris’ charcoal, yellow, and white-striped Porsche, which was impacted on the front and the back. A series of other expensive whips were involved in the pileup along La Cienega Blvd. including a Rolls-Royce Cullinan and Mercedes GLE.

@chrisbrown got into a car 🚗crash and #Breezy got angry but he's cool with it @TMZ got the proof pic.twitter.com/blvI45WETt

Instead of flipping out after seeing his wrecked car, Chris played it cool and didn’t seem concerned as he left the venue. “I got 10 of these,” he told TMZ before hopping in the driver’s seat and taking off in the damaged Porsche.

The LAPD has launched an investigation into the crash, which appears to be a standard traffic accident involving one vehicle slamming into multiple cars. No injuries have been reported and no arrests have been made. The driver of the car that allegedly caused the destruction was seen getting out of the vehicle before his car was towed.

Chris had every reason to be upset, but he’s come a long way. Back in 2018, paparazzi caught the singer getting into an argument with a valet reportedly over the service charge. Chris threatened to put hands on the guy, telling him, “I should knock you out but I’m not.”