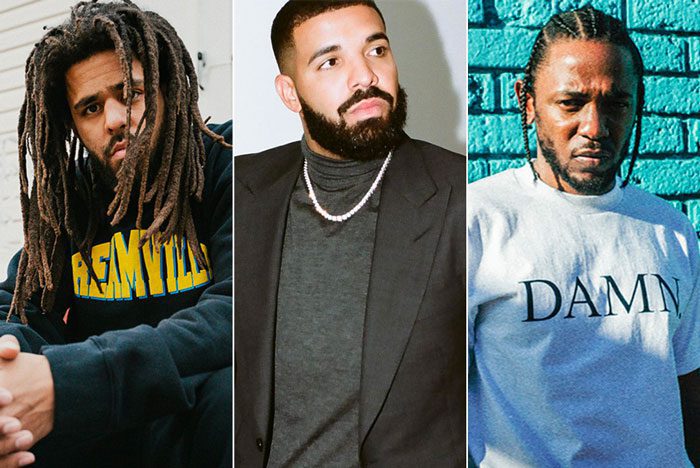 J. Cole Reveals Why He No Longer Views Drake and Kendrick Lamar as Competition

J. Cole is no longer trying to compete.

Fresh off the release of The Off-Season, the Dreamville champ paid a visit to “The ETCs” podcast with Kevin Durant and Eddie Gonzalez, where he reflected on his career and relationship with fellow rappers Drake and Kendrick Lamar, which has evolved over time. While they came up together, he has learned to value friendship over competitiveness.

“These are the guys that push you, and you gotta push them,” said Cole. “I was so competitive early on that, like, even though we were all friends, I’ve never been a reach out, I’ve never been that person, especially when it’s competition involved. It’s almost like working out together.”

When he was younger, he had a more competitive mentality, which has changed with age. “I guess in the NBA in the past that was unheard of. Like, ‘Why would I work out with this ni**a? I’m trying to destroy this ni**a.’ That was kind of my mentality early on,” he said. “But as I’ve gotten older, I realize that no one is truly my peer or can relate to what I’m going through in life more than these people right here–just in terms of whatever pressures there might be… Nobody can really relate to that like these dudes, and I really genuinely f**k with these dudes.”

He was able to stop viewing them as competition and more as friends. “I’ve been absolutely trying to make an effort as time goes on, to strip the competition from me,” he said. “I’m more interested in the relationship ’cause I also see a time when I’m not doing this. That seems very realistic to me.”

However, he always had respect for his peers. “It was always a respect thing. Now it’s just more of a wisdom thing where it’s like, ‘Yo, you can never have it all.'”

Elsewhere in the podcast, Cole opened up about fulfilling his professional basketball dreams. On Sunday, the Fayetteville rapper made his debut playing for the Rwanda Patriots BBC in the inaugural season of the Basketball Africa League.